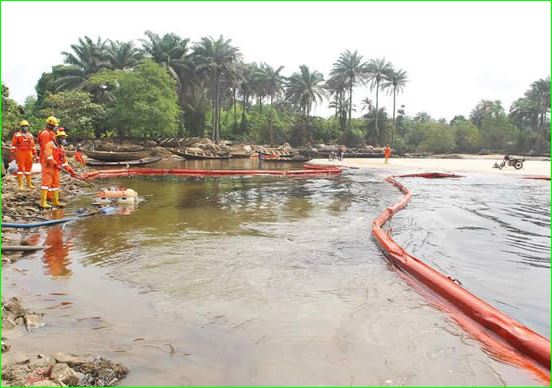 The Senate and House of Representatives Committees on Climate Change and Ecology, say they are satisfied with the pace of work at the Ogoniland clean-up amidst criticism over its delay.

The Joint Committee Chairman, Sen. Hassan Mohammed, stated this in Alode community, Eleme, on Thursday at the end of the committees` oversight visit to some remediation sites in Ogoniland.

He said the committee decided to visit the Hydrocarbon Pollution Remediation Project (HYPREP), to ascertain the level of implementation of the UN Environment Report on Ogoniland.

“We have gone round the remediation sites and we have seen that work is ongoing and done in the right way.

“However, a lot of people are complaining, including the Non-Governmental Organisations and the communities in the manner the job is going on.

“But, we observed from our tour that the project is a technical work that needs time to carry out, so it shouldn’t be rushed because of technicalities associated with the project.

Mohammed urged the Ogoni people to be patient to enable HYPREP achieve its mandate of remediating the decades-long oil spills in the area.

He said the National Assembly was desirous to the full commencement of the clean-up of oil impacted Ogoni communities.

“But, if the exercise is rushed and if care is not taken money can be spent without getting the expected benefits.

“I am not a professional but I think that HYPREP are on course going by what we saw on ground.

“So, the communities should be patient and allow the technicians to do their job,” he appealed.

The committee chairman called on the contractors to speed up work on the sites to alleviate the sufferings faced by people of the area.

Dr Marvin Dekil, the Coordinator of HYPREP, under the Federal Ministry of Environment, said the agency had completed work on seven remediation sites of the 21 lots in the area.

He further said the agency had also awarded contracts for additional 26 lots bringing the total to 47 sites.

“So, we took them (committee members) to see the sites were we have completed work and others that are ongoing.

“We told them the challenges we face, including delays caused by communities; weather related issues; expectations, perception and other developmental needs of the communities that have plagued the clean-up exercise,” he said.

Dekil thanked President Muhammadu Buhari for his commitment to the clean-up exercise and called for the support of the National Assembly to the project.