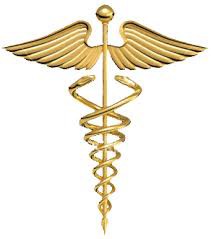 FG Declares JOHESU Strike is unnecessary, ill-timed and illegal; says its commitment to Health Sector is Manifest and irrevocable.

The Federal Government has directed the various Unions in the Health Sector operating under the umbrella of Joint Health Sector Unions (JOHESU) not to go ahead with the strike scheduled for midnight, Sunday, September 13, 2020 saying the Ministry of Labour and Employment has apprehended the dispute with the conciliation initiated on Thursday, September 9, 2020 which is still ongoing.

A statement by the Deputy Director, Press and Public Relations in the Ministry of Labour and Employment, Charles Akpan says going ahead with the action would be illegal as it is in clear breach of the ILO Principles and Conventions on Strike and Sec. 18 of the Trades Disputes Act, Cap T8, Laws of the Federation of Nigeria, 2004. Urging JOHESU not to arm-twist or intimidate the Federal Government that has shown clear commitment to tackling the challenges in the sector as evidenced by the huge resources it has been pouring into the Sector since the Global Covid-19 pandemic broke out, the statement said.

“The Hon. Minister of Labour and Employment, Sen. Chris Ngige has effectively apprehended the trade dispute as forwarded to him by JOHESU and has brought JOHESU and the Federal Ministry of Health, their employers, to conciliation since Thursday, September 9, 2020. Parties in disputes are expected not to arm-twist, intimidate or foist helplessness on the other party while negotiations are ongoing as per Sections 8 and 18 the of Trade Dispute Act (TDA) 2004 barring any strike when the matters are before a Conciliator and undergoing conciliation.

“Any strike now is inimical to an equable settlement of the dispute, bearing in mind especially that this is a grave period of a pandemic where the Federal Government has spent about N20 billion to pay April/May 2020 and an additional N8.9 billion for June 2020 on Covid-19 hazard and inducement allowances respectively to all categories of health workers that are mainly JOHESU members.

“Besides, all Health workers on essential services such -Pharmacists, Nurses/Midwives, Radiographers as members of JOHESU are statutorily barred from strikes during emergencies, by both the ILO Statutes and the Trade Dispute Act 2004. Such an action while the nation battles the Covid-19 emergency accentuates its illegality, as it will compound and aggravate the challenges in health services, causing further risk and deaths to the sick in hospitals across the country as the Covid-19 pandemic has been declared as a situation of “Acute National Health crisis” by both the ILO and World Health Organisation (WHO) whose Statutes and regulations have forbidden strike for the period.

“This call for withdrawal of services is clearly unnecessary as the Federal Government has demonstrated capacity in her amelioration of age-long challenges in the health sector and has overly shown commitment to the welfare of health workers by providing enough Personal Protective Equipment (PPE) and boosting their morale while tackling the strange pandemic. The least expectation hence is that JOHESU should reciprocate the gesture while government works to meet its other demands post Covid-19.

“Recall that the Federal Government has in responsiveness tackled emerging health infrastructure issues, apart from the N29 billion in payments of allowances and has also lately expended N9.3billion as premium for Group Life Insurance for Medical and Health workers, as well as for all Civil and Public servants in the treasury funded organisations with 13 major Insurance Companies and Brokers running from March 2020 to March 2021. A huge sum of N126 Billion was also appropriated in the 2020 Covid-19 Intervention N500 Billion Appropriation and was devoted to the Health Sector apart from the huge sums mentioned above.

It should be noted too that all categories of all unions in the health sector commended the Federal Government for ensuring adequate supply of protective personal equipment (PPE) to enhance the safety of all health personnel in the federal institutions as well as the extension of same to all state owned Health Institutions.

It added, “the Hon. Minister had during this last negotiation, resolved all the issues raised by JOHESU against the Federal Ministry of Health except the issue of CONHESS adjustment which the Conciliators (Honourable Minister of Labour and Employment and Honourable Minister of State, Labour and Employment) advised JOHESU was not a consent judgement of the National Industrial Court of Nigeria (NICN) flowing from Alternative Dispute Resolution agreement and advised both parties to get back and resolve and come back in four weeks.

Same goes for the issue of refund of the two months 2018 April/May salaries caught up in the “No Work No Pay” principle when JOHESU were on a long strike of over two months, which was also a substrata of the strike issue at the National Industrial Court of Nigeria (NICN) of 2018. These two items were even caught up in an Memorandum of Understanding (MOU) entered by all Health Professionals – Doctors, Pharmacists, Nurses, in April 2020 at the onset of Covit-19 that all negotiations on all other issues like Retirement Age Advancement, Review of the present Hazard allowance, of N5,000, Tax rebates on allowances and Salary Structure adjustments should be put in abeyance until the end of Covid-19, when discussion will resume.

JOHESU’s demand that the allowances of non-core Health professionals like Administrative officers, Accountants, etc who belong to Associations affiliated to their umbrella but who have No direct contact with patients be revised now from 10% as contained in the April MOU,to 50% was referred to Federal Ministry of Health and the Accountant General’s office for them to examine the number of staff involved and the financial implications within the next four weeks was also adopted, notwithstanding that this was a collective decision enshrined in the April 2020 meeting/MOU between Federal Government side and All Health Associations and groups as reflected in Section 1(d) of the MOU.

The Honourable Minister of Labour and Employment therefore enjoins these Unions under JOHESU conglomeration to do the needful and respect both the oaths of their profession, the Country’s and International Laws, Conventions/ Regulations and revoke the call for strike as the Government that has earlier praised them and had expressed gratitude to all her health professionals and workers in this emergency period for their gallantry will not be comfortable to start a fight with them over monetary issues, when the Government has been very generous in their approach to issues of their welfare at this period. We therefore appeal to them to give peace a chance as more effort is being made to address the only two monetary issues that is in their agitation.

The statement therefore urged the Leadership of the various Unions making up JOHESU to have a rethink on this illegal strike by putting the welfare of their patients and Nigeria first.