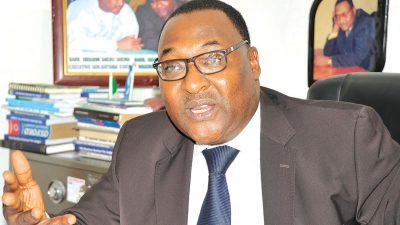 He spoke during a visit some bonded terminals to review their operational efficiency.

According to him, the posting is to make sure that weekly, they can have a report of charges, how long it takes a container to exit and difficulties experienced.

The NCS chief said delays were dangerous to cargo evacuation, and told cargo operators and shippers that things would not be the same again, as the council was looking into issues closely.

“We are reviewing the operational efficiency of terminals and you know the main terminals are the seaport terminal and offdock terminals.

“These ones visited today are offdock terminals and they are having some problems.

“Recall in July this year, we issued some circulars which talked about two things; no cargo will be stamped to any terminal except that which has been nominated by the shipper himself.

“Also, all charges accruing out of the transfer should not be borne by the shipper, this is international practice and standard.

“I am happy to say that there has been substantial compliance and we are going round to see if shippers are being charged or not and if terminals are complying.

“We are having a meeting with the terminals to make sure that all the charges are streamlined and are linked to the service they are offering, and that is why we are doing this on the spot assessment today,” he said.

Bello said that the review of the terminals to see how things were, the operational deficiencies and ways to tackle them, were also to ensure that cost of shipping was brought down considerably.

He said that in Kachicares Resources Ltd. Container Terminal, there was substantial compliance, but there were other issues.

Bello said there were other issues like delays, poor access to terminals, and charges, of which they had yet to refund about N3.4 million to shippers.

He said that as regards equipment, NSC was looking at frequency and capacity, noting that they had a capacity of 28,000 Twenty-foot equivalent unit (TEU).

As regards the Denca Bonded Terminal, Bello said he was not happy with what was happening there, claiming that N40million shippers charges had not been refunded.

He said that there could not be an informal arrangement whatsoever in the terminal, warning that they would take very strict measures which would include sealing off the terminal if need be.

Bello said that going forward, they would work with Nigerian Customs to ensure proper situation, location and geographical availability to be considered before a terminal was situated.

He said that as regards charges, the terminal was not giving any abnormal charges.

Eboji said that most of the complaints of customers was gotten from the mother port.

He said that they paid for it and in turn passed it to customers.(NAN)