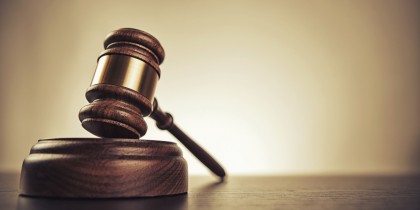 Minister of Transportation and former governor of Rivers, Rotimi Amaechi, said the late retired Justice of the Supreme Court, Karibi Whyte was incorruptible.

Amaechi said this in a statement made available to newsmen on Sunday in Abuja.

He spoke during the funeral service for Whyte in Abonnema, Kalabari Kingdom, where he extolled the qualities of the late Justice and his contributions to Rivers and Nigeria.

“If you know Justice Karibi Whyte very well, you’ll know that I was close to him. We became close after his retirement. I was one of the few persons he mentored and he controlled me very well in my actions.

“As governor of Rivers State, I bounced issues that concern the law before him. He told me, if you revoke anybody’s certificate of occupancy, you can only build schools, health centres and public institutions in that land, not to take it for yourself or give it to your friends.

“He taught me how to respect myself. He taught me that character is essential. If you’re not a man of character you are not respected anywhere, and that the office of the governor is an office that attracts respect.

“I was governor at 42, he told me, ‘Amaechi, you can be in your 40s, but you are the oldest man in Rivers State, you must therefore behave like a father to all and listen to them.

“I’m happy and proud to be associated with Whyte for so many reasons. He was incorruptible, never asked me for money. I am a student of law. In my law class – ‘contract’, I studied Justice Karibi Whyte and I’m proud to tell my lecturer, Prof. Momoh, that I know Justice Karibi Whyte.

“He held his ground in Law and told me that the judiciary is incorruptible, no matter how much we have lost our voices. I’m happy to read Justice Karibi Whyte in customary law.

“Even if he is dead, many Nigerians will read him, and I’m sure you’ll be proud to say I am the son or daughter or grand-son or grand-daughter of Justice Karibi Whyte,” Amaechi told the children of the deceased.

In honour of the late Justice, Amaechi encouraged leaders, political and religious, to speak up against the ills of society.

He said: ”I’ll deviate a bit to the church and to the people. I was happy with the sermon of the Bishop, he indicted us, he told us, ask yourself, if you’re a governor, have you governed well, if you’re a politician, have you been able to carry your people along.

“I’ll repeat what I said to you the Kalabari people when I came to Buguma, I said Justice Karibi Whyte is retired, General Obene is retired, which other people will replace them.

“Kalabari produced men of importance, men that the country respected. If not for COVID-19, your son would have been laid at the supreme court. So this man attracts respect for your people and put your name on the map of the country and the world and the comity of nations.

“What you’re seeing here is not money, it is his name that has brought everybody here, because we need to bury a man that God has blessed.”

Amaechi thanked Prof. Nimi Briggs for chairing the committee that organised the burial and prayed for the repose of the soul of the