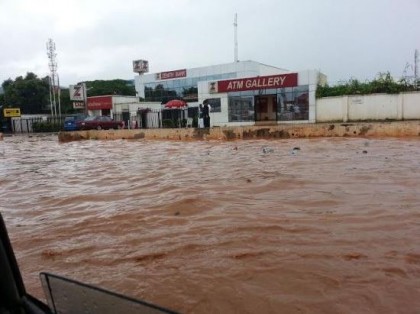 Officials of the Niger state government on Sunday visited communities submerged by flood to ascertain the extent of damage and to enable government render assistance to the victims.

The News Agency of Nigeria (NAN) reports that the state Governor, Abubakar Bello, had set up an Information Committee led by Alhaji Ibrahim Panti, Commissioner for Works to assess the level of damages by flood in the state.

Among the communities visited by the committee were Sachi and Egagi in Lavun local government area while others could not be accessed as they were being submerged by flood.

Panti explained that the mandate of the committee was to get firsthand information on the level of damages with a view to providing a lasting solution to the perennial flooding in the state.

He added that the effort was to enable government provide succour to the victims in form of relief materials.

He noted that flood was a natural disaster that could be avoided if only people heed to flood warnings issued by relevant agencies, adding that efforts were ongoing to resettle high risk communities.

In his remarks, Alhaji Jibrin Ndagi, Deputy Speaker of the state House of Assembly and Member representing Lavun Constituency, described the communities as flood prone areas.

He promised to continue to sensitize members of the communities on the need for them to leave the flood plains, adding that the victims were yet to be provided with relief materials as the areas were submerged by flood.

Ndagi disclosed that efforts were being made towards the actuallisation of the Hydro-Electric Power Producing Area Development Commission (HYPADEC) as the commission would go a long way in addressing some of the challenges.

Also, Alhaji Ahmed Inga, Director-General of the Niger State Emergency Management Agency (NSEMA), said that the state was being overwhelmed by the issue of flooding, adding that resettling flood high-risk communities was the only way forward.

He solicited the support of the Federal government and the International Community in resettling the affected communities.

Some of the victims appealed to government to come to their aid as their houses and farmlands had been destroyed, adding that they have lost their means of livelihoods. (NAN)