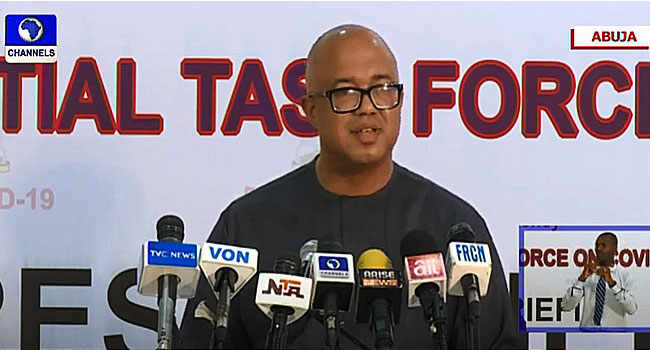 The Nigeria Centre for Disease Control (NCDC) has announced an additional 180 new cases of the Coronavirus (COVID19) infections in the country, bringing the total number of confirmed cases to 63,508.

The Director-General of NCDC, Dr Chikwe Ihekweazu, gave the figures in Abuja on Thursday while updating newsmen on COVID-19 infections in the country.

The News Agency of Nigeria (NAN) reports that 673,183 people have been tested for the disease since the first confirmed case was reported in the country on Feb. 27, 2020.

Ihekweazu said that the new infections were reported in 13 states and the Federal Capital Territory (FCT).

He said there was no COVID-19-related fatality in the past 24 hours in Nigeria.

The NCDC DG also disclosed that 73 COVID-19 patients had been successfully treated and discharged at isolations centres across the country.

According to him, Lagos recorded the highest number of 87 new infections, while Oyo, the FCT, Plateau and Edo had 51, 12, 10 and four new confirmed cases respectively.

Ekiti and Ogun had three new cases each; Bauchi, Kaduna and Niger had two cases each and Kano, Ondo, Osun and Rivers had one each.

He said the NCDC has activated a multi-sectoral National Emergency Operations Centre (EOC), at Level III to coordinate response activities.

Ihekweazu disclosed that his agency has accredited Clina Lancet Laboratory, Abuja, as a private fee-paying laboratory for COVID-19 testing.