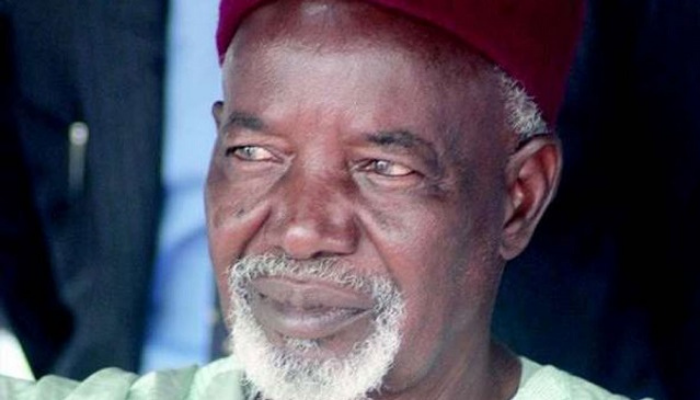 A former Kaduna State Governor, Balarabe Musa, died on Wednesday morning in Kaduna at the age of 84.

One of his sons, Kallamu Balarabe-Musa, confirmed the death of the former National Chairman of the Peoples Redemption Party (PRP) to the News Agency of Nigeria (NAN) at his residence in Kaduna.

He said that Musa will be buried by 4p.m. after funeral prayer at the Sultan Bello Mosque, Kaduna.

The News Agency of Nigeria reports that Musa was born on Aug. 21, 1936 in Kaya, Kaduna State.

Musa, who was an accounts clerk and a school teacher, held various managerial positions related to accountancy from 1960 to 1976, while studying at different colleges in London to gain additional qualifications.

He was elected governor of the old Kaduna State in 1979 on the platform of the PRP, a party founded by late Mallam Aminu Kano.

As governor, he was was prevented from constituting a cabinet by the state house of assembly, dominated by the opposition National Party of Nigeria (NPN) members.

Eventually the House impeached him in June 1981, making him the first Nigerian state governor ever to be impeached.

He was the PRP candidate for the presidency in the 2003 elections, and later Chairman of Conference of Nigerian Political Parties (CNPP).

On Aug. 31, 2010, Balarabe-Musa quit active politics due to health issues and announced his immediate resignation from chairmanship of the PRP.

NAN also reports that Musa, in a last interview he granted NAN on Oct. 4, said that the aspirations of Nigeria could be achieved if both the leadership and followers resolved to play their part in earnest nation building .

“Honestly, the country has not fared well at 60. It is very disappointing that this is where we are.

“But things can be better; we can still achieve the dreams of the founding fathers if we all play our role in nation building,”he said.

He urged leaders to always make the welfare and well-being of the people the focus of their policies and programmes.

“We need to restructure the country politically and economically. We need to ensure that power actually resides with the people.

“The economic and political models we are currently operating only empower a few. Governments must be structured to impact positively on the masses,”he said. (NAN)