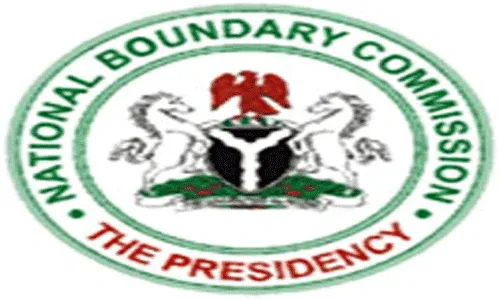 The National Boundary Commission, says it was set to resolve crisis in grey areas of boundary demarcation between Benue and Taraba in early 2021, and called for peaceful coexistence among the residents in the border community.

Dr Richard Oji, Director of Interstate Boundaries in the Commission made the call in an interview with the News Agency of Nigeria on Sunday in Abuja.

Oji said the Commission had done so much over the years in the demarcation of the boundary between the two states.

“But there have been a lacuna in the process which had to do with the people’s perception on demarcation and disagreement between the two states.

“The legal document or instruments we used, particularly the 1923 and 1924 agreements on the boundary have equally affected the efforts of the commission.

“Also, various states creation, from North East to Gongola, Adamawa and Taraba; also from the former Benue-Plateau to Benue and other states that have been carved out have affected the efforts of the boundary commission.

“These have equally affected the principal understanding of state creation as some feel it is to increase their territory, but boundaries are for administrative purpose and convenience.

“However, in spite of our effort the basic disagreement with ethnic pursuits have equally affected these areas, particularly Jukuns and the Tivs; one group fall into the other state and they don’t want it and vice versa

“The issue is that each of the group wanted to be joined with their kits and kin across the boundary, but boundaries are not supposed to be so.

“We have tried as much as possible to educate the people. The state governments have also actively participated in all our efforts towards encouraging peace among their common boundaries,” Oji said.

He told NAN that the NBC had traversed the boundary corridors of Benue and Taraba preaching peace along side the deputy governors of the two states.

“In spite of these, there had been skirmishes by people from both states that led to the destruction of works done on the borders. We have gone ahead to monument those boundaries”.

According to him, they refused to allow the contractors that were awarded the contract to monument the borders from doing their work.

He stressed that this had culminated to the wastage of funds from both federal and state governments.

“We appeal to the states and people to sheathe their swords; NBC will demarcate the boundaries; the COVID-19 lock down affected our plans to commence work in the middle of 2020

“However, we are planning to resuscitate the action in the early part of 2021. After that, we will move into those agreements areas that the states have agreed to ensure that we monument those ones fully.

“Those other disagreement areas, we will come back to them with the hope of resolving all the issues to ensure that the demarcation is completed without any issue,” Oji said.