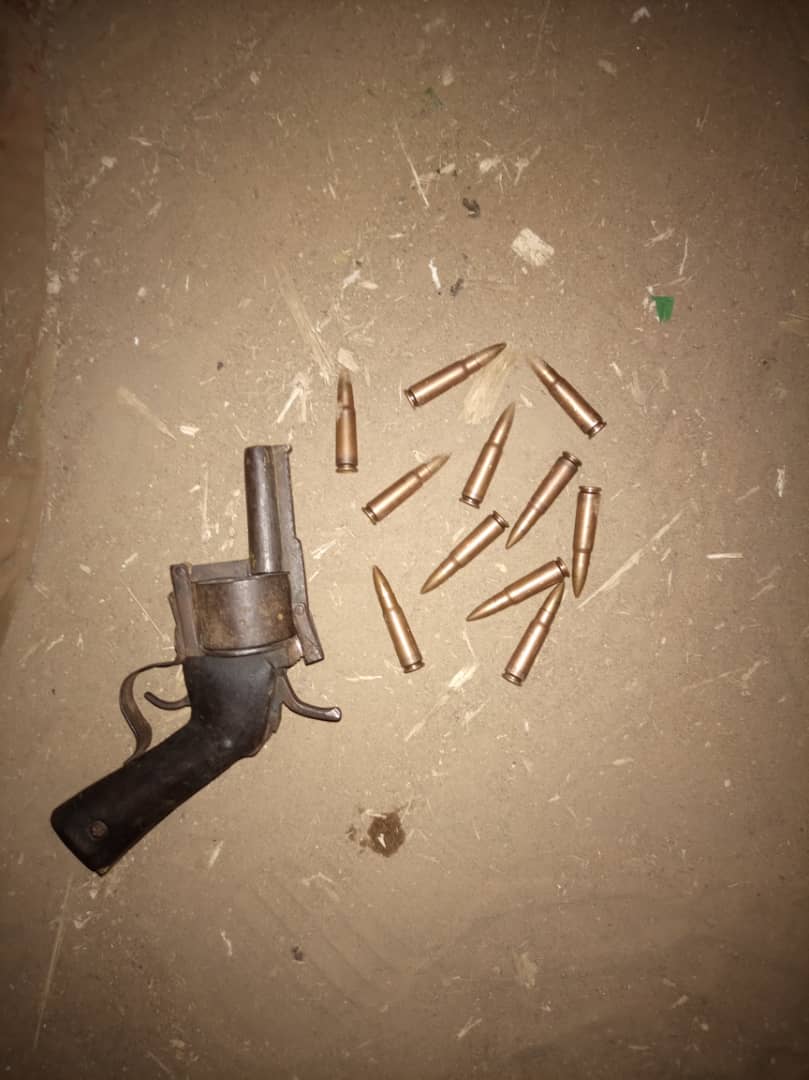 In continuation of aggressive clearance operation to stamp out banditry and other criminal activities in the North Central zone of the country, troops of Operation WHIRL STROKE have continued to record more successes. The latest was yesterday 26 November 2020. Following credible intelligence reports on the hideout of some notorious elements who were alleged to be terrorising Abaji general area of Katsina-Ala Local Government Area of Benue State, troops of Sectors 2 and 4 swiftly mobilized to the area to flush out the bandits.

Troops made contact with armed bandits around Asogo village who on sighting troops opened fire on them and thereafter fled into the surrounding bushes. Troops promptly returned fire thereby killing 3 while one locally made pistol and 11 rounds of 7.62mm Special ammunition were recovered.

In the same vein, still on same 26 November 2020, troops of Sector 3, carried out a dawn raid on the residence of some henchmen said to be behind recent clashes between herders and farmers at Atiyagiso community in Doma Local Government Area of Nasarawa State. During the operation, troops successfully apprehended 2 suspects namely Mr Abdulkareem and Mohammed Sani who confessed their involvement in the crime following which they were handed over to the police for further action.

The Armed Forces of Nigeria and other security agencies will not relent until normalcy is restored to all troubled zones. Members of the public are requested to continue to provide credible information to the troops operating within their localities.