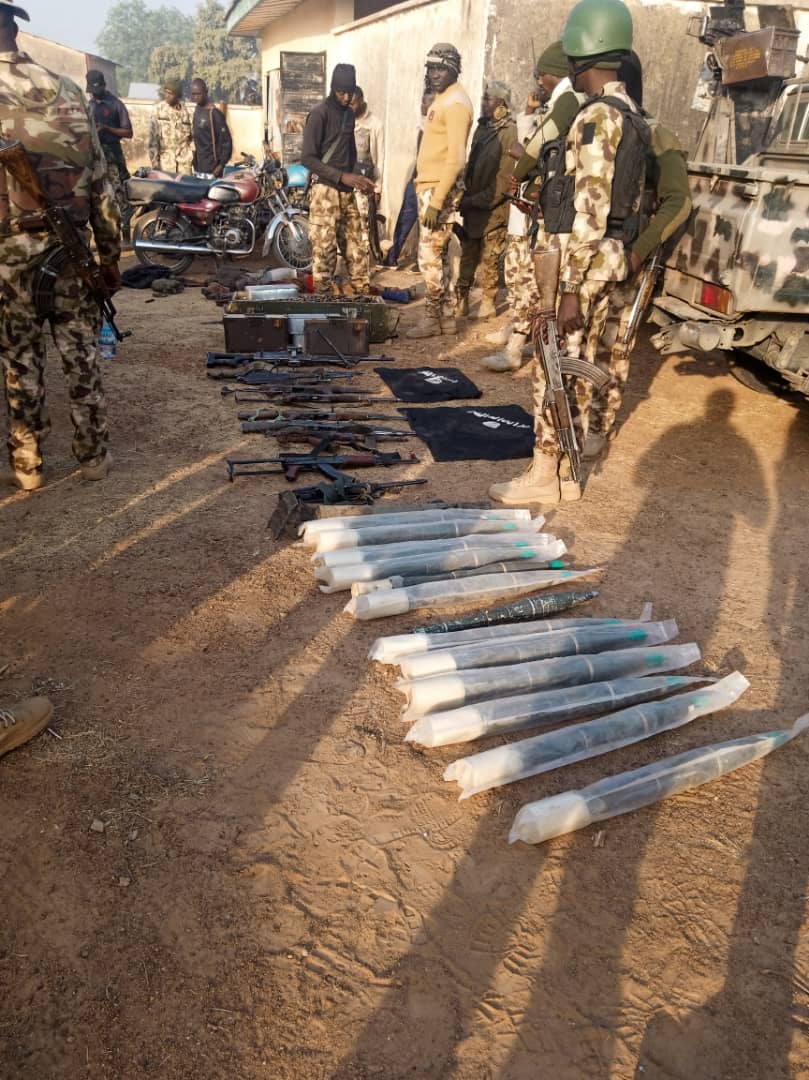 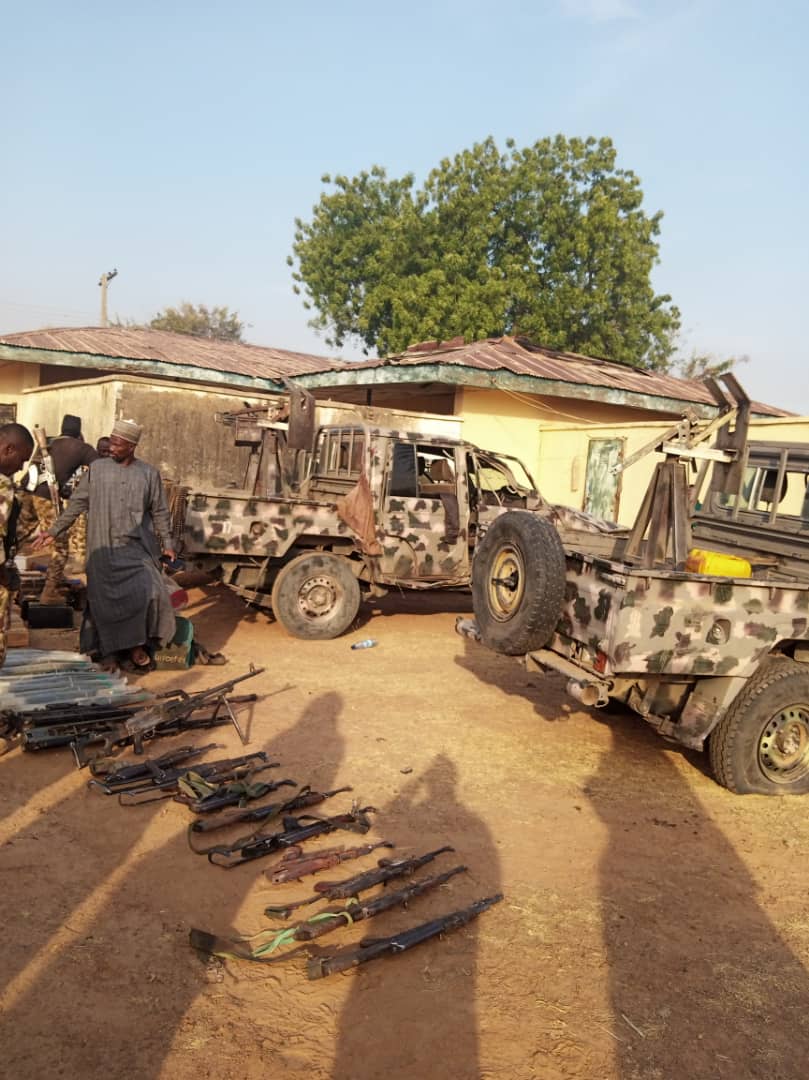 The terrorists were suspected to have come from Sambisa Forest, mounted on over 15 gun trucks and approached the town from different directions simultaneously. Troops responded and engaged the criminals with superior fire power.

Consequently, the terrorists suffered huge losses both in men, materials and equipment. Specifically, the troops captured 4 gun trucks from the criminals while some additional gun trucks were also destroyed by the Air Task Force that responded swiftly.

Scores of the terrorists were killed and over 20 terrorists dead bodies were counted. Additionally, 3 boxer motorcycles, 3 Anti Aircraft Guns, 2 PKT Machine Guns, 10 AK 47 Rifles and 13 Rocket Propelled Grenade (RPG) Bombs as well as large cache of ammunition and other weapons were captured from the terrorists among others.

Unfortunately, one soldier paid the supreme sacrifice and two others were wounded during the encounter and are stable/responding to treatment. May God grant repose to the soul of the dead soldier and quick recovery to the two Wounded in Action Soldiers.

Troops of Operation LAFIYA DOLE under the guidance of the Chief of Army Staff, Lt Gen TY Buratai will continue to sustain the aggressive, offensive posture to rid the entire North East of remnants of Boko Haram/ISWAP criminals, rapists and marauders.