The successful operation, which was conducted sequel to actionable intelligence on the movement of the bandits in the general area, resulted in the neutralization of many of the criminals while several others fled with fatal gunshot wounds into the forest. Troops equally apprehended 7 of the fleeing criminals while also recovering 1 magazine with 17 rounds of 7.62mm special ammunition. 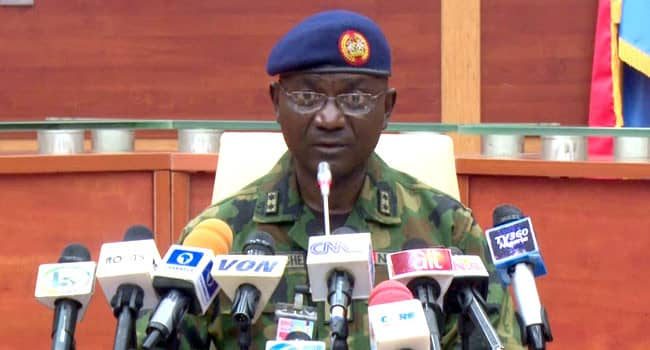 During preliminary investigation, the suspect and his conductor, one Tanimu Usman, confirmed that the consignment was to be delivered to a designated location at Jibia in Katsina state. Both suspects are undergoing further investigation after which they will be handed over to the relevant prosecuting agency for further action.

In a related development, 4 suspected bandits’ collaborators named Ibrahim Dahiru, Umar Dahiru, Sani Suleiman and Isah Dahiru from Raudama in Kamoani Daudawa village in Faskari LGA were intercepted at Raudama village with unspecified number of suspected rustled cows. Although the suspects initially claimed to have recovered their cattle from suspected rustlers, preliminary investigation however revealed that the suspects were beneficiaries of proceeds of cattle rustling.