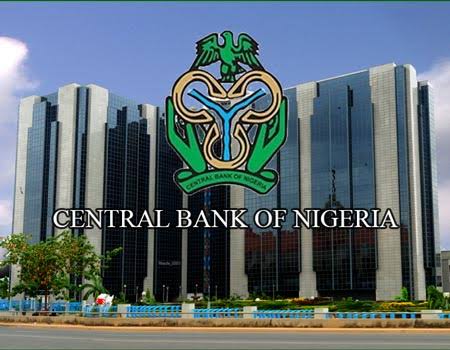 Some bank customers have frowned at their banks for not complying with the new CBN guidelines for charges on Automated Teller Machine (ATM), released by the Central Bank of Nigeria (CBN).

Some of the customers who spoke to the News Agency of Nigeria (NAN), in Abuja, regretted that banks had now devised a means of deducting ATM charges without sending the alert to their customers.

NAN reports that CBN had on Dec. 22, 2019, released new guidelines for banks, other financial and non-bank financial institutions, to take effect from Jan. 1.

The guidelines involved reduction in the amount payable for cash withdrawals from other banks’ ATMs as Remote-on-Us transactions.

The reduction is from N65 to N35 after the third withdrawal within one month.

Mr Tony Iruu, a customer with one of the old generation banks, told NAN on Thursday, that the bank had refused to adhere to the CBN guidelines.

Iruu appealed to the apex bank to take decisive action against any bank that was found wanting.

“When I heard about the new CBN guidelines, I was impressed because my bank charges me for virtually everything I do, but I have noticed that most times, banks do not adhere to some guidelines, except the ones that favour them,’’ he said.

Miss Joy Akpakuma, a customer with one of the new generation banks said that though her bank did not send a debit alert for the ATM charge, it had however, reflected in her account.

“I withdrew money from an ATM that is not my bank on Jan. 1, but they only sent me alert of the money I withdrew without the charges.

“I was happy thinking that they have complied with the guidelines, but when I checked my balance, I knew that there was something wrong.

“When the alert came, my money was remaining N188, 263. It means that the bank charged me about N800 for the transaction.

“Even if the money removed was for other transactions or monthly charges, they would have stated it in the alert.

“As it stands right now, I do not even know the charges or what they debited my account for.

“It is so sad that even with the new CBN guidelines, they are still charging exorbitantly,’’ Akpakuma said.

On N50 stamp duty charged customers at filling stations, they appealed to CBN to also look into the issue with a view to forcing the merchants to adhere to its directive.

Mrs Lilian Ukwu, a teacher, noted that though CBN had said that the N50 stamp duty charged customers for using PoS (Point of Sale), on goods and services was illegal, fuel stations had yet to comply with it.

“When I go to a filling station, I often use the PoS, but they still deduct extra N50 from my account.

“I read a report where CBN said the additional N50 deducted from customers is illegal.

“CBN should please help us to force these merchants and banks to adhere to its directives.

“If CBN cannot hold these people accountable, it means that we customers are handicapped, ’’ Ukwu said.

According to him, the circular that talks about merchants paying stamp duties according to the law, did not state that it should be paid by the consumers, that is a misinterpretation of CBN’s directive.

“What our directive says is that merchants should pay all necessary taxes as regulated by government agencies, including stamp duty.’’ (NAN)