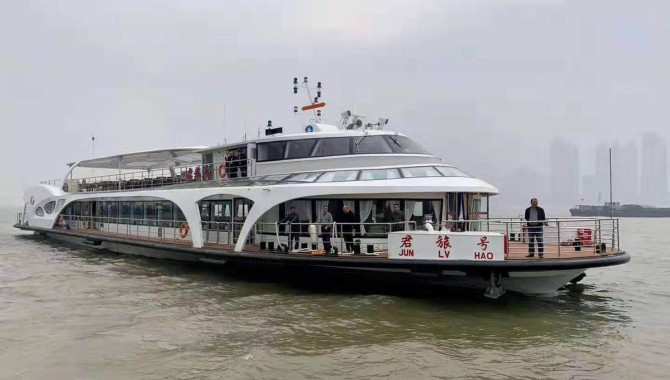 A home-grown electric ship on Friday conducted a trial operation in central China on the Yangtze River, China’s longest waterway.

Junlyu is the first electric ship weighing above 1,000 tonnes to sail the Yangtze.

It took two years to build the vessel by altering an oil-powered ship.

With powerful lithium batteries, the 53-metre-long ship can carry 300 people.

It is also the country’s first electric ship with a length of more than 50 metres.

The trial run took place in a port in Wuhan City, capital of Hubei Province.

During the operation, the ship sailed smoothly and discharged no pollutants.

According to Lei Hao, personnel with the State Grid’s Wuhan branch, after five hours of charging, the ship can run for at least 10 hours.

The ship will serve river tourism beginning in 2020 and authorities plan to transform more tourist ships into electric ones in the future. (Xinhua/NAN)