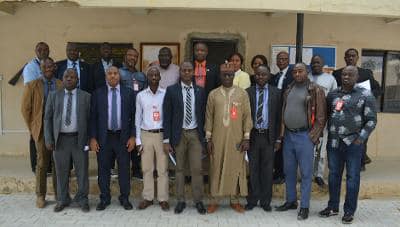 In its continued effort to tame corruption, economic and financial crimes in Nigeria, the Kano Operational Zone of the Economic and Financial Crimes Commission, hosted the compliance officers of the four major GSM Service Providers in Nigeria in its Zonal Office in Kano today.

The Service Providers comprising MTN, Glo, Airtel and 9 Mobile met with principal officers of the zone for a smoother relationship between the EFCC and their various Telecom Industries operations.

Speaking at the event, Zonal Head of the EFCC’s Kano Office, Akaninyene Ezima who represented the acting Chairman of the Commission, Ibrahim Magu, urged the Compliance Officers to enhance their response levels to the Commission’s letters and requests, while further soliciting their support in the fight against corruption and cyber crimes.

In response, Abubakar Zubairu, MTN, on behalf of other service providers assured the Commission of their unflinching support and building on the existing relationship between the two bodies.