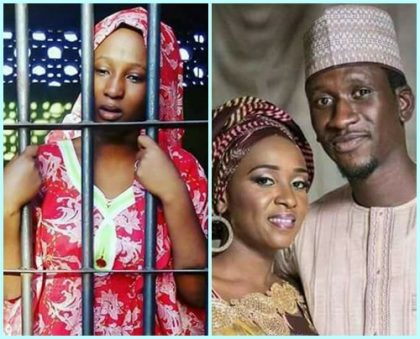 An FCT High Court on Monday sentenced Maryam Sanda, the woman who  stabbed her husband to death, Bilyaminu, son of a former national chairman of the Peoples Democratic Party (PDP), Haliru Bello, to death by hanging.

The killing was premeditated, the police said.

The police also accused Maimuna Aliyu, Sanda’s mother; Aliyu, her brother, and Sadiya Aminu, her housemaid, of tampering with evidence by cleaning the blood and other proofs from the crime scene, but charges were later dropped. (NAN)