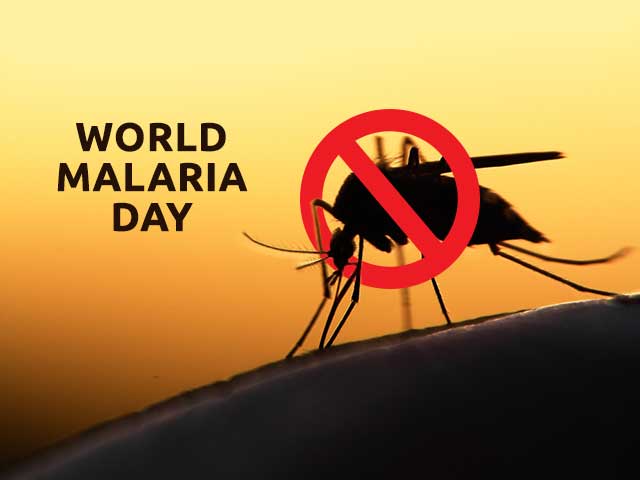 Prince Ned Nwoko Foundation, an NGO, says it is funding a group of scientists, researchers and advisers to develop an anti-malaria vaccine towards eradicating malaria in Africa.

The Chairman of the NGO, Prince Ned Nwoko, in an interview with News Agency of Nigeria (NAN) in Abuja, explained that the vaccine is expected to boost immunity against malaria.

“There are different things we are working on, one of them is the research into the possibility of finding a vaccine, anti-malaria vaccine.

“This is where the strength of what we are doing lies, because my foundation is doing that anyway and we have a team of researchers and advisers put together already with a specific instruction, `discover a vaccine for malaria`.

“There are vaccines for many other ailments, from chickenpox to smallpox, polio, name them; so why not malaria?

“Everyone seems to have accepted that malaria is part of us, but it doesn’t have to be, so we need to get vaccine research going, which we are doing now’’.

Nwoko said that he visited the Antarctica in a quest to gather knowledge on the anti-malaria vaccine and also to create broader awareness for the project.

According to him, Antarctica houses a vast amount of scientists from diverse parts of the world including the US, UK, France, Germany, South Africa and India.

“Antarctica was a natural choice for two reasons, because it is an unknown place, it is far and a very extreme place, and I wanted to create awareness for this project, both for Nigerians and those outside Nigeria.

“I also knew that in this project we need scientists, we need researchers, and I knew there were science bases in Antarctica.

“There are 12 science research stations in Antarctica; American based, United Kingdom based, French, German, South African, Indian to mention a few, and I knew I had to meet with them.

“The most useful for my purpose were the Indian doctors/scientists because they also have malaria in their country, so my trip to Antarctica served its purpose of meeting with the scientists to discuss and also meet the people who will carry out the spraying,“ he said.

Nwoko said just like any project that has to succeed needs a long and short term strategy, the Eradicating Malaria in Africa Project is not an exception.

He said fumigating the African Continent one country at a time and stepping up on the environmental sanitation and hygiene are the project’s short term strategies.

“Fumigation is just one aspect of it, don’t forget that sanitation is so important, the cleaning up of the environment, we must clean up our environment, stagnant waters, dirt everywhere, the sewage systems, gutters, refuse dumps.

“The fumigation is not just aerial fumigation, we are also talking about homes; but the unique thing about what we are doing is that we want the fumigation to be done simultaneously, there is no need doing fumigation in Abuja and you don’t do in Nasarawa or Kaduna State.

“You finish here and you don’t do it in those places, the mosquitoes will just migrate and multiply and all the efforts are wasted.

“So we are looking at permanently cleaning up the environment, which means homes; so everybody is a stakeholder in this project.”

Nwoko said cleaning up of the environment would be done in partnership with residents, the Federal, State and Local Governments.

Responding to questions on the proposed bill he is sending to the National Assembly to have a Fumigation Day in Nigeria, Nwoko affirmed that it was part of the plan in the beginning.

He said: “Yes that was part of the plan from the beginning, we were thinking of setting up an agency that will be through an Act of Parliament.

“That agency would have been able to manage the whole efforts of all the NGO’s work on the eradication of malaria.

“But I am sure with all the interest being shown by the executive arm of government and others, that even the FG can on their own dedicate days, or possibly weeks when this effort can take place.

“We just need that Federal Government’s announcement, we might not need an Act of Parliament to achieve this, it would just be with an executive pronouncement.”

NAN reports that the ‘Eradicating Malaria from Africa Project’ was launched in December 2019 in Abuja and the anti-malaria vaccine research will be carried out by five African Universities, funded by the Prince Ned Nwoko Foundation. (NAN)