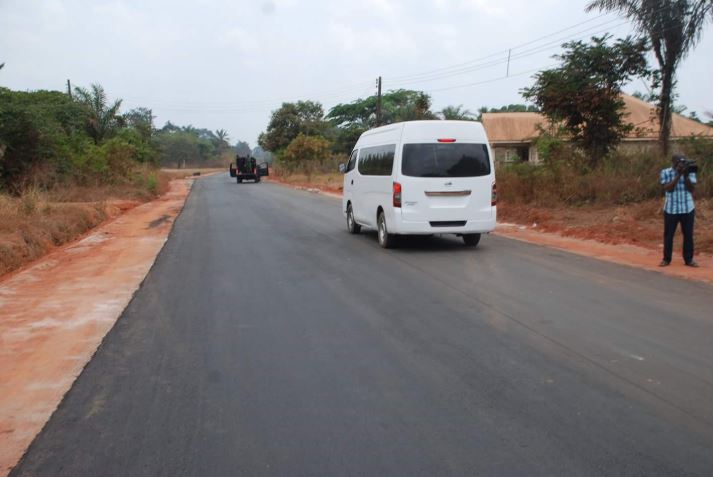 The Borno government on Sunday reopened the Maiduguri-Dikwa road, five years after it was closed as a result of the Boko Haram insurgency.

NAN reports that the 86km road was closed to motorists in 2015 at the peak of Boko Haram activities in the Northern part of the state.

Gov. Zulum, in his remark, commended the Nigerian military for its successes in degrading ‘Boko Haram’ insurgents that had been terrorising people in the state.

He said that the reopening of the road would resuscitate socio-economic activities, especially fishing businesses, crippled in the Lake Chad region.

He explained that motorists traveling on the road would move freely to their destination without military escort following improved security.

Zulum stated that the government was also consulting with the military to ensure that travellers on the Ngala and Kala balge roads move without being escorted.

He warned members of the National Union of Road Transport Workers(URTW), and other unions against escorting commuters on the highway.

“Everybody in Borno is aware of what is going on the highways. It is not something new and our presence here is not to vindicate anybody.

” How can you transport pure water and tomatoes and you are ask to pay N19, 000 fora six-tyre vehicle.

” This government and the people will fight to see an end these activities in Borno, “he said.

He said that the government would regulate activities of  lorries and trucks in the state.

While donating six patrol vehicles to the Nigerian military in Mafa, Zulum said the gesture was in an effort to compliment the federal government’s effort to curtail insurgency.

Speaking earlier, Adeniyi warned that any driver who gives money at any check point would be arrested and prosecuted.

He also warned the officials of the NURTW against imposing unnecessary charges and levies on commuters thereby exposing them to untold hardship.

“It is generally known that it is very difficult for business to thrive if there is no peace and security. It is also a known fact that Boko Haram is using some of the fishing businesses to fund their campaign of terror,”he said.

Adeniyi said that the military was ready to provide enabling environment for the fishing activities to thrive, but warned that under no circumstances should the community pay money, assistance or gratification to the Boko haram.

“If we find you collaborating with Boko Haram or given them gratification secrately, we will stop you from doing the fishing activities,” he warned.

Also speaking, Alhaji Bello Moduganari, the Borno NURTW Chairman, and Alhaji Abacha Mandala, the Chairman of Fish Farmers Association of Nigeria, commended the government for reopening of the road.

Moduganari assured the government of the union’s cooperation to the military’s counter insurgency operations.

Mandala also  said that the reopening of the road would revamp fishing activities and provide livelihood to millions of fishermen in the state.(NAN)