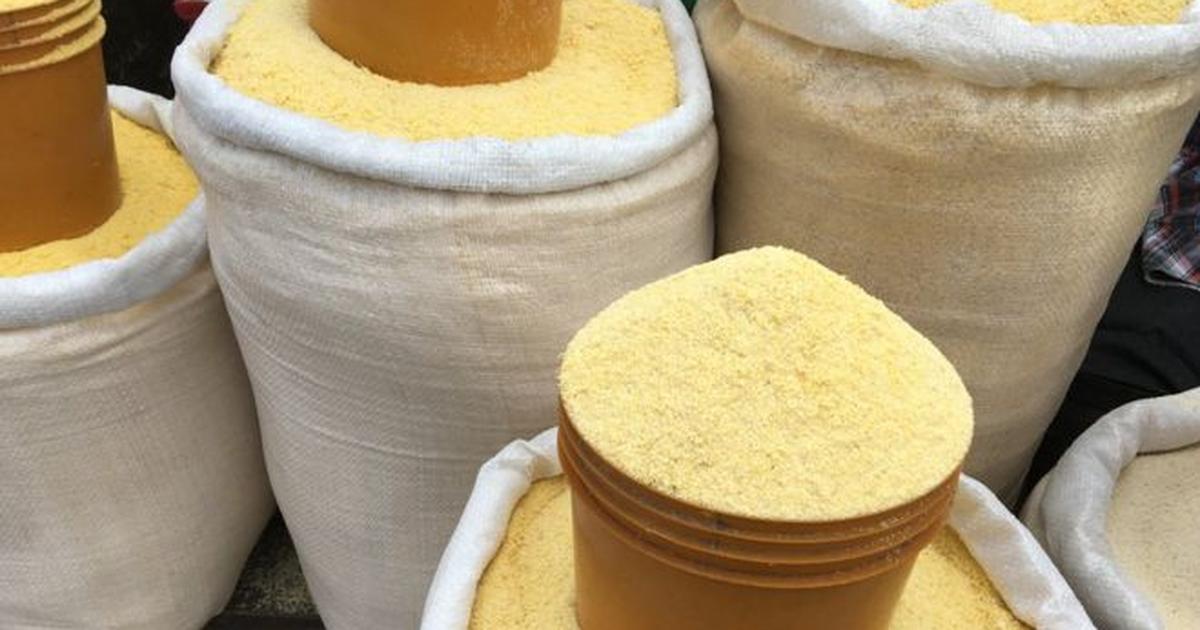 Covid-19: FG begins release of 70,000 mts of garri, others to vulnerable Nigerians

The Federal Government has begun the release of 70,000 metric tonnes of assorted food items to vulnerable Nigerians, as part of efforts to cushion the effect of the lockdown in some states.

The Minister of Agriculture and Rural Development, Sabo Nanono, made this known on Monday at the official hand over of 12,500 metric tonnes of assorted food at the Minna Silo Complex in Niger.

This, according to him, is to officially launch release of the 70,000 metric tonnes of garri, maize, millet and sorghum from six silo complexes across the country.

This is part of efforts to cushion the effect of the lockdown in some states of the federation as a result of the Covid-19 pandemic.

Nanono, who handed the food items over to the Minister of Humanitarian Affairs, Disaster Management and Social Development, Sadiya Farouq, said it was in compliance with President Buhari’s approval.

“The logistics is purely NEMA affairs. Ours is to hand over to the Ministry of Humanitarian Affairs. I assure you that by tomorrow NEMA would have to be here.

“Anybody that knows of garri knows that what we have here is high quality garri.”

The minister of humanitarian affairs, disaster management and social development, Farouq, who received the items on behalf of the ministry, assured that the items would get to the beneficiaries in affected states based on an already well planned modality for distribution.

“NEMA is in charge of the logistics to distribute these items to the population that is affected by the lockdown.

“I am here in my capacity as the minister to receive these items and NEMA has started sending trucks to take the relief to affected states.

“We have two states plus FCT. Those are the states that are mostly affected and they are the ones that are been locked down as pronounced by Mr President.

“We have a structure in place from the national down to state and the local government areas.

“They are the team that will implement the modality, which we already have in place.

“25 per cent of the population of the state are the ones we are going to reach out to and these are the vulnerable,”she said.

Dr Suleiman Haruna, the Director of  Food and Strategic Reserve in the ministry of agriculture and rural development assured that the food items being released were in good shape.

He disclosed that the food items in the other silo complexes were equally ready for loading and distribution by the National Emergency Management Agency (NEMA).

He said, “my responsibility here is to ensure that the right quantity in good condition in terms of the food items are released to the public by NEMA.

“As I am talking to you right now Gusau is loading ready to commence lifting. Also in Dutsin Ma same operation is going on.