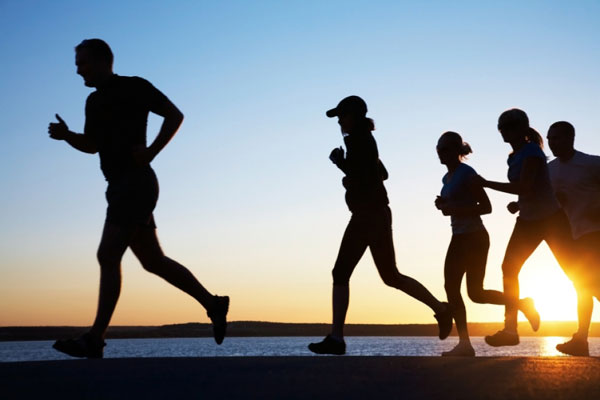 Many residents of the Federal Housing Estate and Lugbe community, a satellite district of the Federal Capital Territory, Abuja, have taken to jogging as a way to overcome boredom occasioned by the COVID-19 lockdown.

News Agency of Nigeria (NAN) reports that the exercise has become a daily event in the area since the Federal Government’s directive for a 14-day lockdown in the city, which entered its Eighth day on Tuesday.

The directive, which ordered residents of the nation’s capital city to stay at home for the period of the lockdown, was part of government’s measures to contain the spread of the COVID-19 pandemic in the area.

Mr Charles Ugochukwu, a trainer at a local fitness centre, told NAN that it was his first time to see such a large number of people coming out to jog every morning.

Ugochukwu said, “It has never happened and I think it is the lockdown that has propelled them to turn their interest to exercise, which is commendable.”

He also said that prior to the lockdown, people who went out to jog in the community were usually few in number and hardly came out regularly.

“It’s like you know their faces but this sudden influx of people getting fond of morning jogging and exercises on a daily basis, I think it’s because of the lockdown,’’ he said.

A civil servant, Miss Patricia Imo, said that she developed interest in going out to jog every morning during the stay at home order of the federal government.

“In fact, it all started after seeing my co-tenant going out to jog every morning.

“I then asked him if he could take me along and he said he would, and I had to go and buy jogging shoes,’’ Imo said.

Also, another civil servant, Ibrahim Adam, said the lockdown afforded him the opportunity to look into his health status and “burn out some fat.’’

Mr Olatunji Alfred and his wife, Kehinde, both admitted the lockdown fuelled their desire for exercise as the situation afforded them the time to indulge in it.

“We realised we suddenly had enough time due to the lockdown, therefore, we needed to take advantage of it by regularly going out to jog every morning,’’ Alfred said.

Mr Chinedu Matthew also told NAN that he was motivated to take to regular jogging every morning due to the lockdown.

“Four of my neighbours actually made me do it because by the time I get out of bed maybe by 8:30 in the morning, I would see them returning from jogging,’’ he said.

Matthew, a trader at Wuse Market, said he had to develop the interest in physical exercise to keep himself refreshed all day, adding that it could be boring and frustrating to be home all day long.

A banker, Miss Angela Harfeez, said she had to imbibe the culture of engaging in physical exercise every morning because of the lockdown.

She said that before now she could not muster the courage to go for jogging on her own, even though she knew her body needed some physical exercise to keep fit.

“But when my colleague invited me, I immediately went for it,’’ Harfeez said.

The joggers cut across different strata of society and age brackets, including the elderly, middle aged, working class, professionals in diffdrent sphdres and teenagers, among others. (NAN)