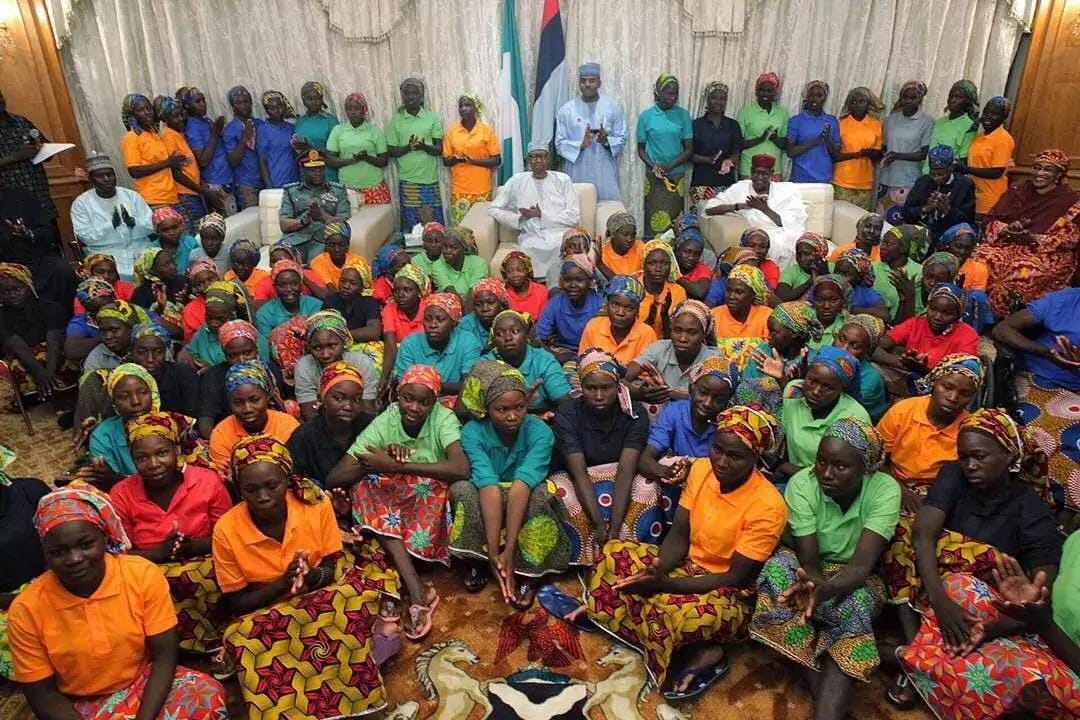 Chibok Girls will Never, Ever be Forgotten President Buhari Assures

President Muhammadu Buhari extends his good wishes to the people of Chibok, Borno State, as they hold prayers and thanksgiving services to mark the sixth anniversary of the kidnapping of their daughters by Boko Haram terrorist group.

President Buhari regrets that the current Covid-19 pandemic, with restrictions on movement, makes it impossible for any government delegation to be with them during the event.

He, however, assures the people of Chibok that he is still mindful of their welfare and their concerns, especially regarding our daughters who are still missing.

On the specific issue of the freedom for the remaining girls held by the terrorists, the President notes the ongoing efforts on two fronts:

The armed forces of the country who are on general operations in the entire region continue in their hope that they would encounter these girls, as they did thousands of other hostages, rescue and bring them back home.

The nation’s security and intelligence community, in whom a lot of hope, is reposed in rescuing the abducted girls is making a lot of efforts using backroom channels to get them back to their families. These are processes, formal and informal that involves different groups with links to the terrorists, and are very tedious and uneasy as is seen in different parts of the world.

“The issue of the Chibok girls is not a forgotten issue. We cannot go to sleep over this matter. We are optimistic that ongoing efforts will yield something positive,” President Buhari assured.

Unfortunately, an ongoing crisis within the Boko Haram leadership, which has led to factions and breakaway groups, brought a number of unforeseen challenges to the process of negotiating with the militants for the young women’s release.

In the past few years, our armed forces have recorded huge successes in the battle against Boko Haram, but they have also been careful to ensure that as few civilian lives as possible were lost in the process. We would rather the young women still in captivity were freed alive.

President Buhari also reflected on the progress being made by the freed ‘Chibok girls’, who were sponsored by his administration to study at the American University of Nigeria (AUN), Yola, saying that he is proud of what they are doing.

He encourages them to remain focused on their studies and on this unique opportunity that has been given to them by God, following their horrific time in captivity.

President Buhari also commends Yakubu Nkeki, Lawan Zannah and Yana Galang, the executive officials of the Association of the Parents of the Abducted Girls from Chibok, on their steadfast efforts to advocate for the welfare of the parents, the freed women, and those still in captivity.