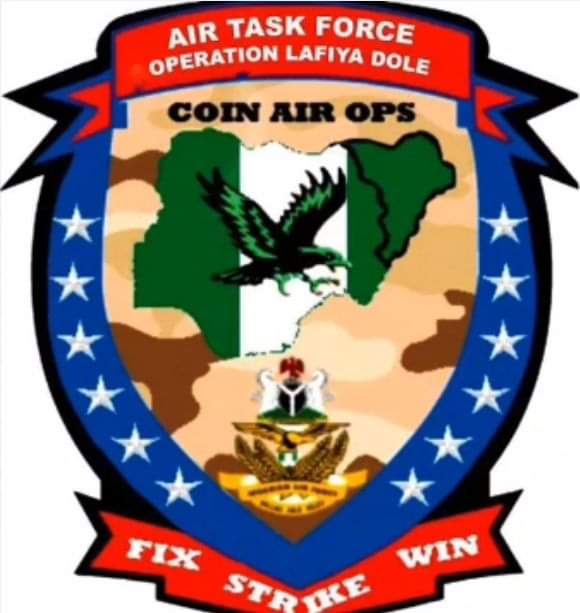 In continuation of ongoing offensive operations to inflict more casualties on Islamic State West Africa Province (ISWAP), the Multinational Joint Task Force (MNJTF) and other coalition members including Air Task Force of Operation LAFIYA DOLE and Nigerien Air Force neutralised about 48 ISWAP fighters and destroyed their camps in a joint air and artillery bombardments executed by the Air Task Force (ATF) of Operation LAFIYA DOLE in conjunction with Nigerien Air Force and Artillery Regiment of Sector 3 of the MNJTF at Dumba and Location Charlie on the fringes of the Lake Chad in the early hours of yesterday, 5 May 2020.

The joint interdiction missions, which have set the ISWAP elements in disarray, were conducted on the heels of impeccable intelligence reports from multiple sources, including Allied partners, confirming that large numbers of terrorists had assembled in the vicinity of Dumba and had commenced an advance in their vehicles to attack nearby troops’ locations.

Consequently, the Air Task Force attack aircraft supported by Nigerien Surveillance platform were scrambled to take out the mobile ISWAP elements at their harbour location, in 2 waves of bomb and rocket strikes leading to the neutralization of several of the terrorists.

Similarly, some ISWAP elements that had attacked a Nigerien Army Base near Diffa in Niger Republic were tracked by Nigerien and then NAF Intelligence, Surveillance and Reconnaissance (ISR) aircraft as well as night capable Allied surveillance assets, as they crossed the border in 8 gun trucks to their harbour position at a location code named; Location Charlie within the Islands of the Lake Chad. This location was subsequently interdicted through a joint fire by the artillery of MNJTF Sector 3 (Nigeria) and NAF attack aircraft which resulted in the killing of several terrorists as well as the destruction of their vehicles and equipment as depicted in Battle Damage Assessment clip.

The MNJTF will be unrelenting in the efforts to track and hunt down terrorists groups within the Lake Chad Basin. There will be no hiding place for them. With the support of our strategic partners, the MNJTF will continue to apply both kinetic and non-kinetic means against the terrorists until they are completely degraded. The MNJTF appreciates the invaluable contributions of our Allied partners and continues to urge the local population to be supportive of the Task Force, to enable the achievement of operational objectives.