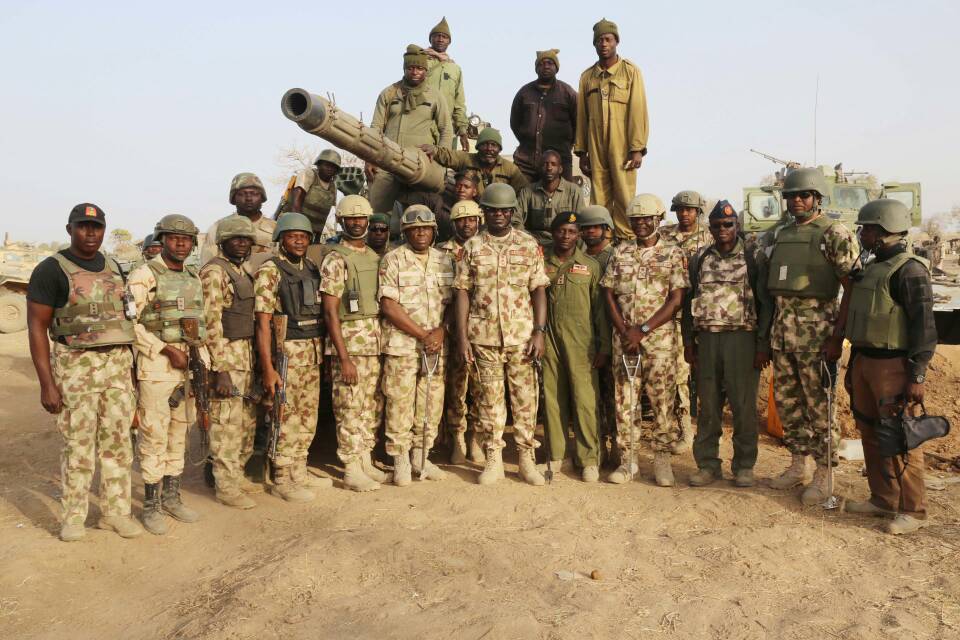 In line with the resolve of the Armed Forces of Nigeria to update the general public regularly on its operations, I am to brief you this morning on our operations generally with emphasis on some of them. Let me stress that it is a joint effort of the Nigerian Army, Nigerian Navy, Nigerian Air Force and other security agencies.

On 11 May 2020, eleven ISWAP fighters surrendered to troops of Operation LAFIYA DOLE in Adamawa State. The repentant insurgents are being profiled for further action. This number of surrendered BHT/ISWAP fighters is an indication of the heat of our operational activities on the terrorists due to the renewed impetus in the theatre to end the criminality. There are indications that more terrorists are willing to surrender.

One of such moves, was the dropping off of 72 family members of BHTs/ISWAP at the entrance of Ngala town in Ngala Local Government Area of Borno State on 10 May 2020 around 8.30pm, comprising 33 women and 39 children. All of them are in custody of troops for further action.

It would be recalled that the De-radicalization, Rehabilitation and Reintegration programme for ex-fighters under Operation SAFE CORRIDOR has recorded tremendous success. So far, 280 clients have successfully undergone the programme and reintegrated into the society, 25 of this number were repatriated to Niger Republic. Presently, 603 clients are due to pass out in June 2020. Other fighters are hereby encouraged to come out of the bush/hideouts to surrender. The military High Command is using this medium to request parents, traditional rulers, community, opinion and religious leaders to urge their wards and children not to succumb to inducements by the BHT/ISWAP for recruitment into their fold because the temporarily surviving terrorists are now in dire need of fighters.

Also, on 9 May 2020, troops of 121 Task Force Battalion, at Pulka – Ngurosoye, near Bama town repelled BHT ambush and killed 20 terrorists, while on escort duty. Equally, on 13 May 2020, Operation LAFIYA DOLE troops killed 9 BHTs in an ambush at Mainok – Jakana axis in Kaga Local Government Area of Borno State. Two gun trucks mounted with anti aircraft gun were captured. In all 61 BHT/ISWAP criminals were neutralized in the Theatre, aside from those that escaped with gunshot wounds with narrow chances of survival.

In a swift operation, within this period, gallant Troop of Army Super Camp Mallam Fatori on 11 May 2020, conducted a clearance operation to Tumbun Fulani in Abadam Local Government Area of Borno State. Several terrorists were killed while their vehicles and logistics bases were destroyed.

Troops of Operation WHIRL STROKE, on 12 May 2020, while responding to a distress call on suspected armed herdsmen infiltration at Agasha in Guma Local Government Area of Benue State neutralized 4 assailants. Troops recovered 2 AK-47 rifles, 4 magazines and 65 rounds of 7.62mm ammunition from them. The general public is hereby requested to continue to provide credible information to the Armed Forces of Nigeria, to facilitate our operations in this regard.

I am to warmly state that, the High Command of the Armed Forces of Nigeria congratulates the gallant troops for successes recorded and once more call on parents, traditional, opinion, community and religious leaders to advise their wards and subjects not to succumb to inducements by the terrorists, as the Armed Forces of Nigeria remains decisive to end the insurgency and other security challenges in the Country. Furthermore, the High Command wishes to thank the general public for their support and solicits for their cooperation towards providing credible and timely information that will facilitate proactive engagements in our operations.