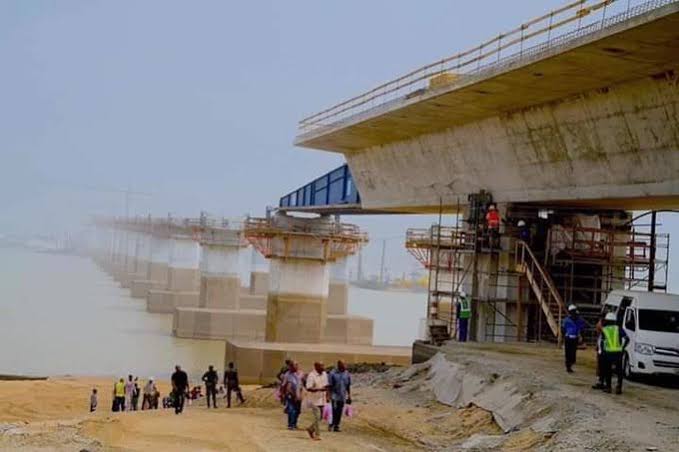 Next week, the Muhammadu Buhari administration would be exactly five years in office. Four full years of a first term, and one year accomplished in the second term of four years.
In five years, President Buhari has touched Nigeria in diverse ways, despite myriad of challenges; economic, security, political, social, and many more.

The fact sheet will be unfolded few days hence, but today, as build up to the anniversary season, let’s dwell on some unassailable truths that can never be swept away. As Sir Winston Churchill, former British Prime Minister said; “Truth is incontrovertible. Ignorance may deride it, panic may resent it, malice may destroy it, but there it is.”

The President and his team are steadily and painstakingly retooling Nigeria. Out of sheer and deliberate ignorance, some people deride it, saying we see nothing, we hear nothing. Yes. When you have become deliberately blind, you can see nothing, even when it is thrust before your very eyes. You won’t see it. When you have become willfully deaf, when it is noised to your hearing daily, you won’t hear.

Some other people do theirs out of panic. Shall it be said that what Napoleon couldn’t do, has been done by that simple, unassuming man from Daura? Can anything good come out of Nazareth? Daura of all places. That small place. Not a man from a major city. And he wants to be recorded in history as the man who turned Nigeria right side up. They resent it out of panic.

Yet some others operate out of malice. He is not of my ethnic stock. Nor of my religion, language, political party. Why must Nigeria work under him? It won’t happen. We won’t see anything, nor hear anything. In fact, he is doing nothing. The country is even worse off than he met it five years ago.
There is a quote often attributed to John Adams, a former American President, though some people claim it was not original to him. It goes thus: “Facts are stubborn things; and whatever may be our wishes, our inclinations, or the dictates of our passions, they cannot alter the state of facts and evidence.”

A number of times, I have written about a private journey I took to Onitsha, in Anambra State, last December. I was on the same flight with the Obi of Onitsha, His Royal Highness Igwe Nnaemeka Alfred Achebe. When we landed at Asaba, and I had paid him royal courtesies, he asked me to give the thanks and appreciation of his people to the President on the Second Niger Bridge, currently under construction. For many years, many administrations had made unfulfilled political promises on the project.

“As you drive on the Niger Bridge, just look to your right, and you will see the new bridge coming up,” the revered monarch had said. “Please tell Mr President that we are very happy, and we thank him.”

I saw the Second Niger Bridge, and it kindled the joy kiln in my heart. But you know what? Some people pass on the 1965 Niger Bridge, see the new one in the works, and just pretend not to. Some others see it, and they are angry. Will this Daura man succeed where others have failed? But facts are stubborn things. “Truth is incontrovertible. Ignorance may deride it, panic may resent it, malice may destroy it, but there it is.”
Have you seen the Owerri Interchange lately? It is the 1.6 kilometers bridge and 10.3 kilometers highway being built by Julius Berger, at Onitsha/Owerri road, Obosi junction. It will lead to the Second Nigeria Bridge.

As part of the Phase 1 of the easing of lockdown occasioned by Coronavirus in the country, work is restarting on 53 infrastructure projects in 26 states, across the country. Despite the crash in revenue due to the collapse of oil prices in the international market, 11 contractors have been mobilized back to site in 26 states. And the Owerri Interchange is one of the scenes of action.

The Second Niger Bridge is projected to be completed in the lifetime of this administration, in fact by February 2022. The man from Daura will go into records as the person that did it, with Fashola as the midwife. Facts are stubborn things.

In Phase 2 of the easing of the lockdown, you know what will happen? The Federal Roads Maintenance Agency (FERMA) will roll out 92 repair works across 24 states in the country. That will be different from the 53 projects in 26 states. Nigeria will be one huge construction site, at a time the economy is down, and revenue has shrunk considerably. That is the hallmark of a government out to serve the people, come rain or shine. Minister Fashola says the objective “is to get all those depending on daily living back to work, when the COVID-19 is finally contained.”

Strides in agriculture will not stop. Nigeria is on the verge of food self-sufficiency. Rice, beans, maize, millet, all grains, we import none, unlike in the past. What if President Buhari had not invested in agriculture right from 2015? How would we have survived at a time like this? Where would we run to? We run to the sea, the sea would be boiling. We run to the bush, the bush would be burning. We run to the rocks, the rocks would be cracking. Where would we have run to? Yet some people say: we can’t even see what the government is doing. Yes, willfully blind people won’t see. But facts are stubborn things.

What of railway lines criss-crossing the country? Lagos to Ibadan is ready. Abuja to Kaduna had been in operation.Ibadan to Kano is in the works.

Roads? Lagos/Ibadan Expressway is 61% completed. Abuja/Kano is bursting forth. Enugu/Port Harcourt. And many others. In fact, there is a federal road project ongoing in almost every state in the country.

Airports. New terminals at Abuja, Kano, Port Harcourt. Many others under construction Solid minerals? Contribution to Federation Account In 2015 was N700 million. In 2016, it went up to N2 billion,and N5 billion in 2017. It hasn’t stopped growing since then.

We have a Social Investment Programme that is the biggest and most ambitious in Africa. President Buhari recently directed that those on the social security register be increased from 2.6 million households to 3.6 million. Yet, all that some people can do is pick holes. They forget that there was a time in recent history that the country didn’t have a social security register at all. They won’t even let the one that has been established grow.

Corruption is being fought to a standstill. The same with insecurity in different parts of the country. External reserves are growing at a time of economic crisis. Yet some people don’t see what the government is doing. But those who see, and hear, are full of appreciation.

True, facts are stubborn things. “Truth is incontrovertible. Ignorance may deride it, panic may resent it, malice may destroy it, but there it is.”