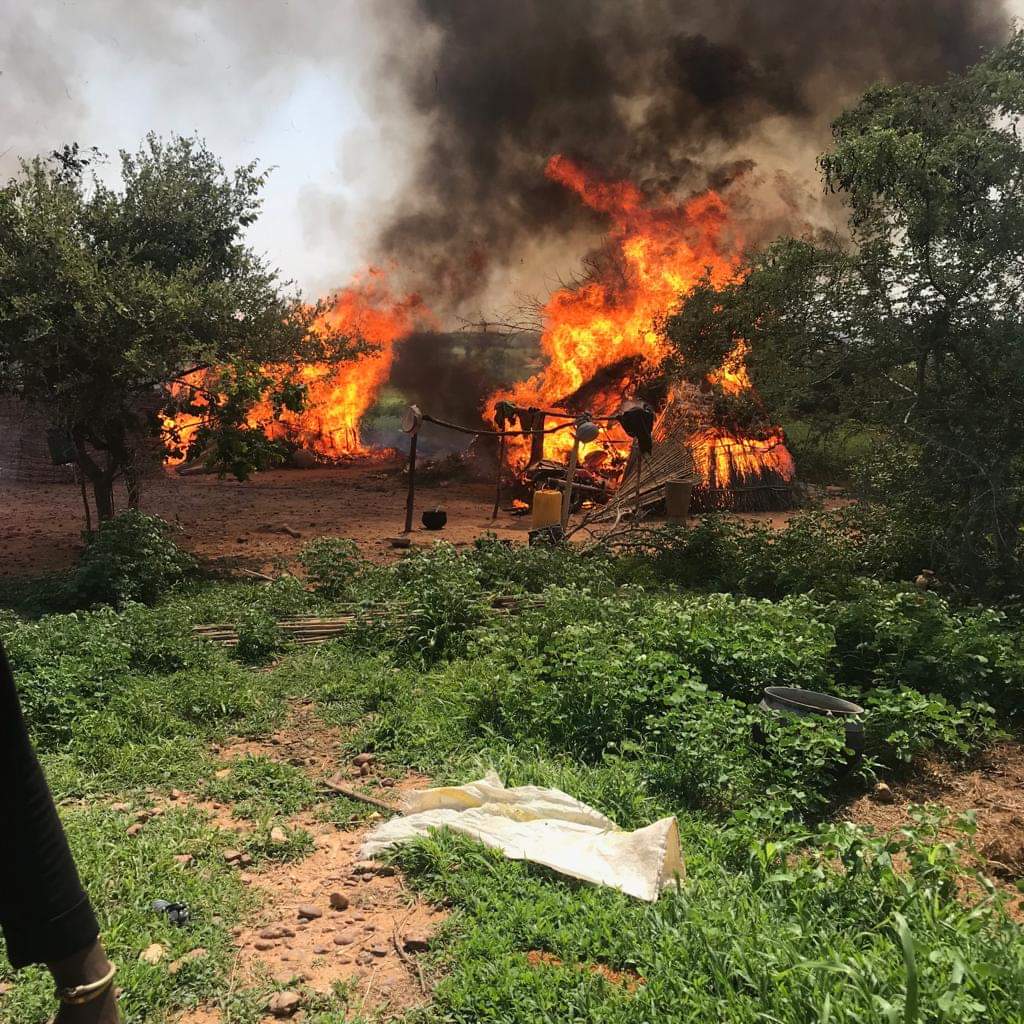 Troops of Operation WHIRL STROKE under Operation ACCORD, following reports of bandits activities around Ginde area of Saghev Council Ward of Guma LGA of Benue State troops of Sector 2 deployed at Tomatar, conducted a raid operation on 20 June 2020 on suspected bandits hideout.

The bandits fled as troops closed in on them. Following a hot pursuit, one bandit was neutralized while others escaped with gunshot wounds.

Items recovered include one Galil rifle, one Galil magazine, a quantity 13 X 7.5mm ammunition, one Motorcycle one woodland camouflage shirt, some quantities of Indian Hemp, and assorted charms. The camp was subsequently destroyed.

In another development, troops deployed at Tunga responded to a kidnap incident of a local Teacher at Foga LGA and arrested 2 suspects; Yahuza Danlami and Danladi Baushe, who was linked to the incident. A locally made rifle was found in their possession. The suspects have been handed over to the Nigerian Police at Awe for investigations.

The Defence Headquarters commend the troops for their offensive actions against the bandits and other criminal elements in their area of operation.