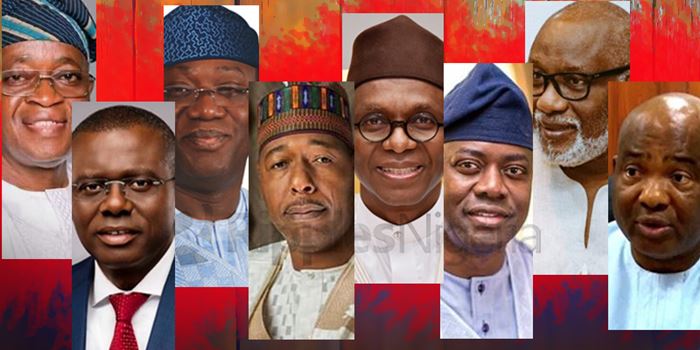 The Nigeria Governors’ Forum (NGF) says it will hold its 11th teleconference on Wednesday to review the grievances of the Nigeria Association of Resident Doctors (NARD).
This was contained in a statement issued by the Head, Media and Public Affairs of the forum, Mr Abdulrazaque Bello-Barkindo, in Abuja on Monday.
Bello-Barkindo said the review had become necessary after brokering the suspension of industrial action by NARD, in order to ensure that doctors returned to work and provide services under a convivial working atmosphere.
The News Agency of Nigeria (NAN) reports that NARD had, on Sunday, announced the suspension of its two weeks industrial action, after a meeting initiated by the leadership of the NGF with the executives of the association.
Bello-Barkindo said that the meeting, expected to be joined by all the 36 governors at 2 pm., had other critical issues listed on its agenda.
“According to the invitation issued by the Director-General of the forum, Mr Asishana Okauru on Monday, several crucial national issues will be addressed by the governors, prominent among which are health, economy and infrastructure.
“Also expected to feature at the NGF meeting is a presentation on the update of the COVID-19 strategic plan by the Health Minister, Dr Osagie Ohanire.
“Another update on the NGF’s committee of governors mandated by the forum to interface with the Presidential Task Force on the COVID-19 pandemic, headed by Dr Ifeanyi Okowa, Governor of Delta State, will also be brought before the forum for review.
“Recall that governors have been in the forefront of the struggle to get Nigeria off the global polio map, which finally materialised a couple of weeks ago.
“The report will be placed before them at the meeting to accord them the chance to adopt new strategies of maintaining the polio-free status of the country,” he said.
On the economy, Bello-Barkindo said that the governors would be looking at the Federation Account Allocation Committee (FAAC) deductions and refunds as well as the ongoing restructuring of state loans.
He added that the governors would also deliberate on the hanging infrastructure refunds to five states, namely Rivers, Bayelsa, Cross-Rivers, Ondo and Osun.
According to him, the National Economic Council (NEC) agenda will also be brought for consideration, along with Gov. Nasiru el-Rufai’s committee’s report to the NEC, which the governors will ratify before its presentation before NEC.
Bello-Barkindo said that the World Bank would also feature prominently at the teleconference, as the States’ Financial Transparency, Accountability and Sustainability (SFTAS) programme, would request the consent of the governors to launch a new e-procurement initiative.
According to him, the SFTAS is being driven by Gov. Godwin Obaseki of Edo and Yue Man Lee of the World Bank.
He said that other briefs would revolve around the World Bank Cares Initiative, while an update would be tabled around the request for additional financing that states had been seeking from the bank. (NAN)