Abayomi made the disclosure on Friday in Lagos, while giving an update of the state’s COVID-19 situation.

He said that the private laboratories were selected through a rigorous accreditation process. 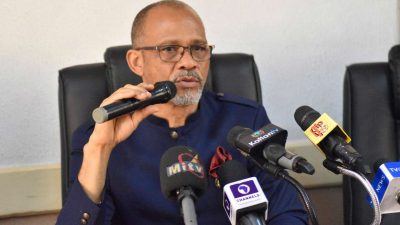 According to him, as the state continuously attempts to open up various aspects of its economy, it is imperative that COVID-19 tests is widely available to members of the public.

Abayomi further said that the state took the strategic decision to include private laboratories in its testing of COVID-19 in a bid to ramp up its capacity.

He, however, said that the state’s COVID-19 response would remain a centrally managed emergency response by the government.

“We expect the selected laboratories to commence testing COVID-19 cases within the next few days,” the commissioner said.

According to him, 9,497 cases have been confirmed COVID-19 positive in Lagos, while 1,470 have been treated and discharged at the state’s isolation centres.

He disclosed that 128 patients, which constitute 1.3 per cent of
patients who tested positive for COVID-19 in Lagos, had died of the virus.

Abayomi said that between three to five per cent of Lagos residents infected with COVID-19 had an extremely severe to critical form of the virus.

The commissioner noted that the risk of dying in that percentage of patients with severe symptoms was extremely high.

“We say that most people have a mild to moderate disease, while that might be so, between three to five per cent of Lagosians that got infected with the virus have an extremely severe to critical form of COVID-19.

“The risk of dying in that percentage is extremely high.

“Two, three or four per cent might seem like a small percentage, but even, one per cent of 25 million people is too much, that’s about 250, 000 Lagosians.

“We are not prepared to lose 250, 000 Lagosians to the virus, and certainly will not like to contemplate that number,” he said.

The commissioner appealed to residents to practice all social distancing measures and hygiene directed by the government toward reducing the spread of COVID-19.

He said all citizens, especially those above 50 years old, those with underlying ailments, such as diabetes, hypertension, obesity or any medical conditions that interfere with the immune system, was vulnerable to COVID-19.

Abayomi disclosed that Eti-Osa Local Government area continued to have the highest number of reported cases of COVID-19 in Lagos.

He added that other local governments areas with high infection of COVID-19 were Alimosho, Kosofe, Ikeja, Oshodi, Surulere, and Lagos Mainland.

The commissioner said that the state had not relaxed its directive for social distancing, unnecessary movements, religious gatherings and opening of schools.

Abayomi added that the state government was intensifying its messages on enlightenment and prevention of the virus.

He urged the citizens to support the state government’s efforts by adhering to the measures. (NAN)