Following the recent order suspending the provision of 774,000 jobs by the National Assembly (NASS), a group, Voters Awareness Initiative (VAI), has asked the lawmakers to adhere to the principle of separation of powers.

The News Agency of Nigeria (NAN) reports that the provision of the 774,000 jobs was an initiative of the Federal Ministry of Employment, Labour and Productivity. 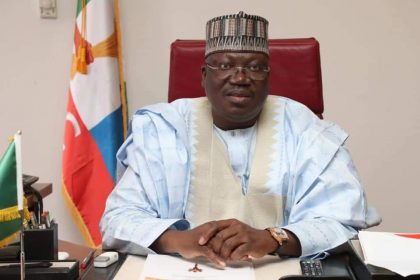 The VAI, in a statement issued on Thursday by its President, Mr Wale Ogunade, described the order suspending the selection process for the jobs as “anti-people.”

“It is a negation of the principle of Separation of Power as entrenched in the 1999 Constitution of the Federal Republic of Nigeria.

“The drafters of the 1999 Constitution were clear headed when they conferred on the National Assembly powers to oversight activities of the executive arm of government.

“However, that power do not in any way accord the legislature power to usurp the function of any of the two arms of government.

“The so called “order” issued by NASS suspending the process is tantamount to over-reaching themselves which is capable of undermining the democratic process.

“Sections 4, 5 and 6 of the 1999 Constitution as amended clearly define the scope and powers of each of the Arms of Government,” the group said.

According to VAI, the legislature can only interrogate actions of the executive and not order or direct the executive as to how governance is conducted.

“Their action is a blithering assault on the provisions of Section 33 of the 1999 Constitution which guarantees right to life for every Nigerian.

“We believe that the legislators should have otherwise be elated that such initiative, aimed reducing the number of teaming unemployed youths, would enjoy their unparalleled support,” the statement said.

The group said that though Section 88 of the 1999 Constitution gave the National Assembly powers to exercise oversight functions over the act and conduct of the Executive, subsection 2 of the Section 88 provides that this power can only be exercised if there are issues of corruption, mismanagement or politics.

The VAI called on the NASS to study the provisions of the Constitution which they swore to abide by because the provision of jobs for the country’s unemployed was essential.

“This project is long overdue and any attempt to stall it will be tantamount to an attempt to kill the Nigerian people, who are already pauperized by the effect of COVID-19,” the group said. (NAN)