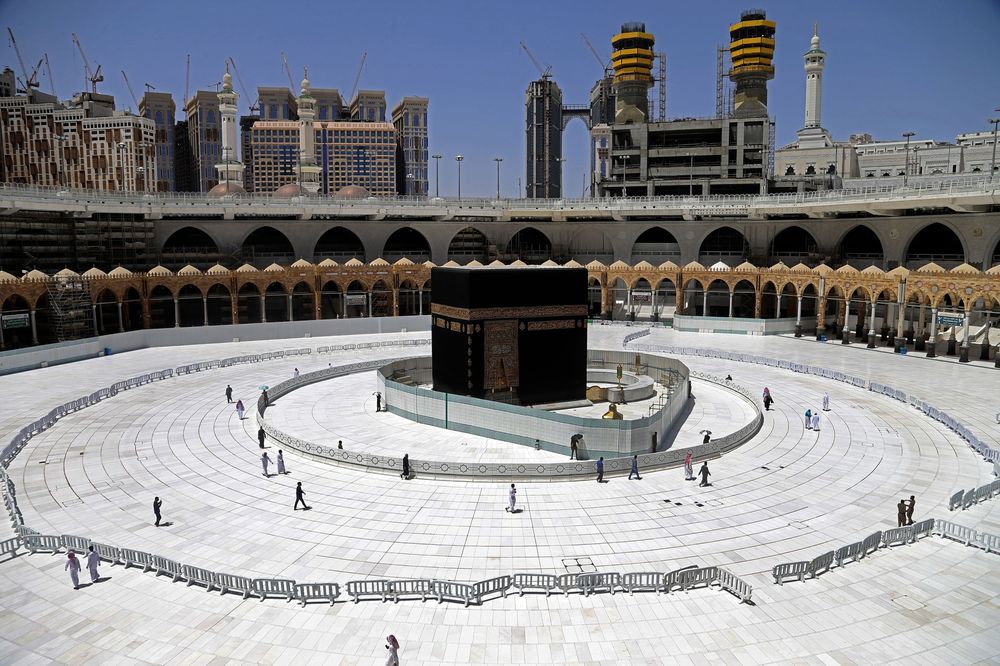 Saudi Arabia on Monday said all the intending pilgrims in 2020 Hajj must wear face masks at all times, while workers would ensure no overcrowding or gatherings take place during the pilgrimage.

The kingdom has drastically curtailed the pilgrimage amid the coronavirus pandemic, saying that only the few thousands who reside in the country could perform the Hajj, scheduled for July ending.

Saudi Arabia’s Centre for Disease Prevention and Control (SaudiCDC) released a list of instructions for pilgrims and workers to follow.

According to the list, space of one-and-a-half metres between each pilgrim must be observed during prayers or other rituals, at restaurants or inside tents.

People will not be allowed to touch the Kaaba, the cube-shaped, black-clad shrine at Makkah’s Grand Mosque.

Pilgrims usually walk around the Kabaa several times during the Hajj.

Pilgrims are banned from sharing personal items such as clothes, phones and towels.

Buses transporting pilgrims from one holy site to another must be occupied at 50-per-cent capacity, as each pilgrim will be assigned the same seat throughout the Hajj.

Also, at restaurants, only pre-packaged meals would be available as well as single-use bottles filled with water from the holy Zamzam well.

Saudi Arabia banned pilgrims from outside the kingdom in a bid to limit the spread of the coronavirus.

The kingdom has the highest number of confirmed COVID-19 cases in the Arab world, with more than 200,000 infections.