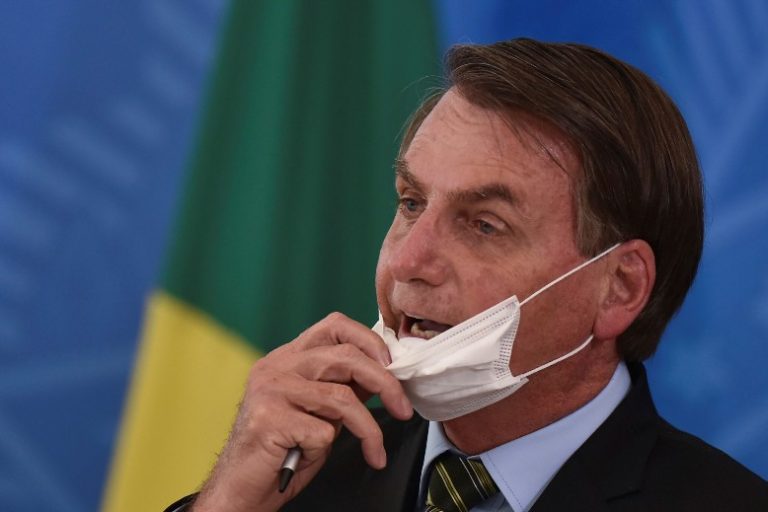 Brazilian President Jair Bolsonaro has been tested for the novel coronavirus, local media cited the president’s office as saying on Monday.

The right-wing populist president, who has been dismissive of the illness as a ‘little flu’, had shown symptoms and run a fever before taking a test at the military hospital in the capital Brasilia, news portal UOL reported.

He also had his chest X-rayed.

On Monday, Bolsonaro was seen in public wearing a face mask and reportedly told a supporter not to come too close.

The president had previously been seen several times in public without a face mask, which is compulsory in Brasilia.

The 65-year-old has already been tested three times for the virus.

Following a suit by the state of Sao Paulo, the government presented the results to the Supreme Court in May – all were negative at the time.

Bolsonaro has so far shown great reluctance to implement measures to stop the spread of the virus.

Last week, he watered down a law that would require widespread mask-wearing in the country to stem its spread.

More than 1.6 million people have been infected with the coronavirus in Brazil, a number of cases second only to the United States’ and more than 65,000 people have died. (dpa/NAN)