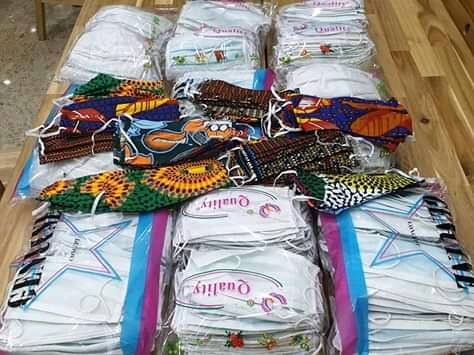 COVID-19: It is criminal not to wear masks – Iwu

The Chairman of Imo State TaskForce on COVID-19, Prof. Maurice Iwu, says it is criminal for people not to wear face mask considering the way COVID-19 pandemic is spreading recently.

Iwu made the assertion on Tuesday in Owerri while briefing newsmen on the recent activities of the team in the state.

He said that his team was in Government House to present “The Imo Taskforce COVID-19 Report” to the state Gov. Hope Uzodimma, indicating the end to the first phase of the fight against the pandemic.

He said the team had entered the second phase of the fight against the pandemic, a phase he said. would be more dangerous and which called for more adherence to the COVID-19 protocols.

“We have ended the first phase of our assignment which dealt mainly on the fight against the virus and preventing it from entering into the state and has handed the report to the governor.

“The second phase is very important, but more dangerous which majors mainly on stopping community transmission of the virus with the involvement of every segment of the society,” he said.

The taskforce chairman said his team had met and deliberated on how best to tackle the virus from spreading.

He said that 2,064 people had been tested for the virus in the state, noting that while 389 of the number came out positive, 365 were negative and blamed the increase in number to peoples’ complacent attitude.

According to him, “people are yet to come to terms with the existence of COVID-19. They say they are yet to have the identity of people that have it, see them before they could believe, which is a very dangerous position to take.

“This second phase of the fight is critical and calls for people to observe the COVID-19 protocol of hand washing with soap under running water, use of alcohol based sanitiser, social distancing and wearing of face mask.

“I want to say that it is criminal for one not to wear a face mask at this stage. It is not very okay to wear only the shield, but you have to combine it with face mask for effectiveness.

“My team and I in this second phase, is trying to strategise on how best to stop the virus from spreading. It is a very difficult and a dangerous phase all together in the fight against COVID-19.”

Iwu said the report presented to the governor catalougued all that the team had done in the fight against the virus in the last few months and what the virus was all about which would be useful for research and other academic works. (NAN)