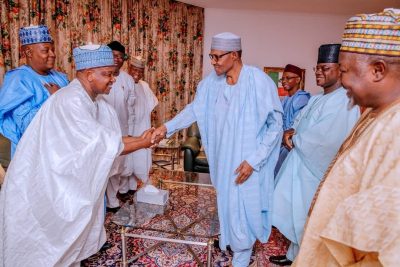 Bagudu said this in a statement by his Chief Press Secretary, Alhaji Abubakar Mu’azu-Dakingari, on Saturday in Birnin Kebbi.

This was after the visit of the governor to the office of the National Comission for Refugees, Migrants and Internally Displaced Persons ((NCRMIDP).
Bagudu said: “We must appreciate the leadership role of President Muhammadu Buhari who recognises the importance of giving attention to the plights of vulnerable persons and groups nationwide.

“It is very important to note that Mr President has also provided financial clout to the commission to cater for IDPs in seven states in the North-East zone, bearing large number of refugees as a result of the insurgency in the region.

“We must also appreciate the activities of the commission in pursuit of its mandate to bring succour to refugees in the country.”

He said that the state would welcome additional support from the commission in view of playing host to many IDPs driven away by conflict in Borno as well as cases of banditry in Zamfara.

The governor lauded the commission for striving tirelessly to fulfill its objectives of resettling and providing basic socio-economic amenities to refugees and displaced persons.

The governor’s spokesman quoted the Federal Commissioner in-charge of the Commission, Sen. Basheer Garba-Muhammad, to have expressed his delight in the governor’s visit.

Garba-Muhammad thanked Bagudu for recognising the activities of the commission to Nigerians. (NAN)