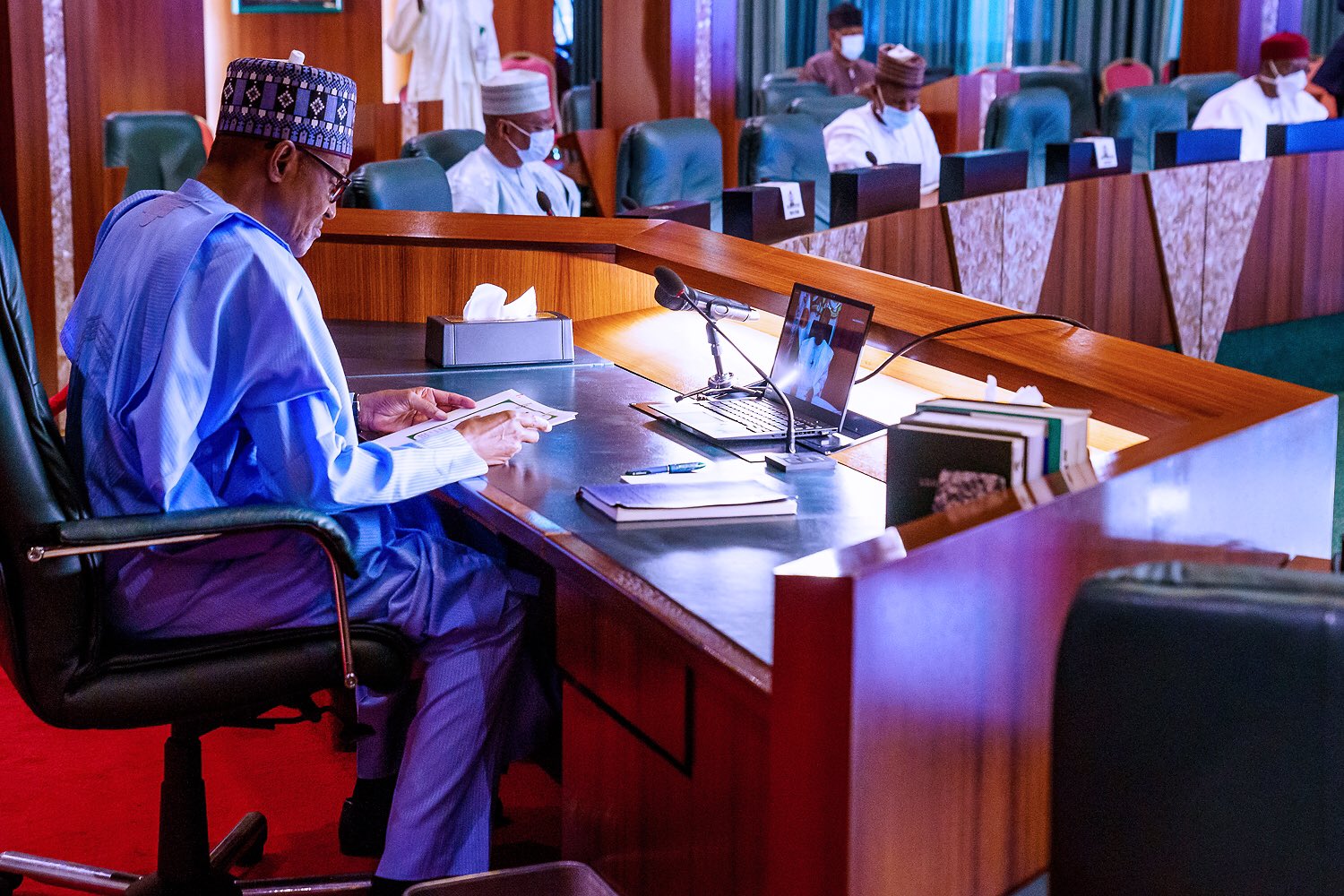 President Muhammadu Buhari on Monday joined other sub-regional leaders of the Economic Community of West African States (ECOWAS) in an extra-ordinary virtual meeting to mitigate the political crisis in Mali.

The News Agency of Nigeria (NAN) reports that the meeting was summoned in line with the outcome of Thursday’s meeting of the ECOWAS leaders in Bamako, Mali.

The Chairman of the Authority of Heads of State and Government of ECOWAS, President Mahamadou Issoufou had on that Thursday said the sub-regional organisation would do all it could to address the crisis in Mali.

A statement by Mr Femi Adesina, the Special Adviser to the President on Media and Publicity, in Abuja on Friday said the ECOWAS leaders listened to a brief by the ECOWAS Special Envoy, former President Goodluck Jonathan, and leader of the opposition, Imam Mahmoud Dicko.

The representatives of opposition alliance, M5 and Civil Society Organisations also briefed the leaders on their positions over the crisis.

A resistance group in Mali, M5, is insisting that the Constitutional Court must be dissolved, and the President resign, before peace can return to the country.

Crisis erupted after the court nullified results of 31 parliamentary seats in the polls held recently, awarding victory to some other contenders, which the resistance group said was at the instigation of President Keita.

Riots on July 10 led to the killing of some protesters by security agents, causing the crisis to spiral out of control, hence the intervention by ECOWAS.

But the Special Envoy of ECOWAS to Mali, former President Goodluck Jonathan, who earlier paid a peace mission to Mali last two weeks, said: “ECOWAS felt that the violent protest should not continue, so I should lead a special team to go again and engage them (protesters).

Jonathan, who described the outcome of their mission to Mali as partially successful, expressed the hope that normalcy would soon be restored to the troubled country.

He disclosed that a government of national unity would soon be constituted in Mali as the country’s parliament and Constitutional Court would be put in place.

He called on the Malian opposition leaders to cooperate with the ECOWAS in bringing sanity and political stability to the country, saying that the mediation team had no mandate to ask the elected Malian president to resign from office.(NAN)