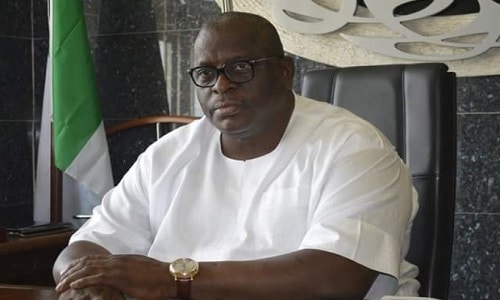 A chieftain of the main opposition PDP, Chief Ebenezer Babatope, says he is shattered by the death of Sen. Buruji Kashamu.

Kashamu, who had an extradition saga with U.S. authorities over alleged drug offences a few years ago, was a prominent member of the PDP party.

Babatope, a former Minister of Transportation made the statement while speaking with the News Agency of Nigeria (NAN) on Saturday in a telephone interview on the passing of Kashamu.

Kashamu, who represented Ogun East Senatorial District in the eighth Senate, reportedly died of COVID-19 complications on Saturday in Lagos.

Babatope described Kashamu’s death as devastating, saying that the death of the politician was a rude shock.

He described the PDP chieftain as a likable personality, saying that his departure was a big loss to the PDP.

“I am shattered by the news of the death of Sen. Buruji Kashamu. I am saddened by his departure.

“He was such a likable personality, who was liked by everyone in PDP.

“This is a big shock to us. This news is devastating. I wish it was not true that Kashamu is gone,” said Babatope.

H prayed for the repose of Kashamu’s soul, asking God to grant the family fortitude to bear the loss.