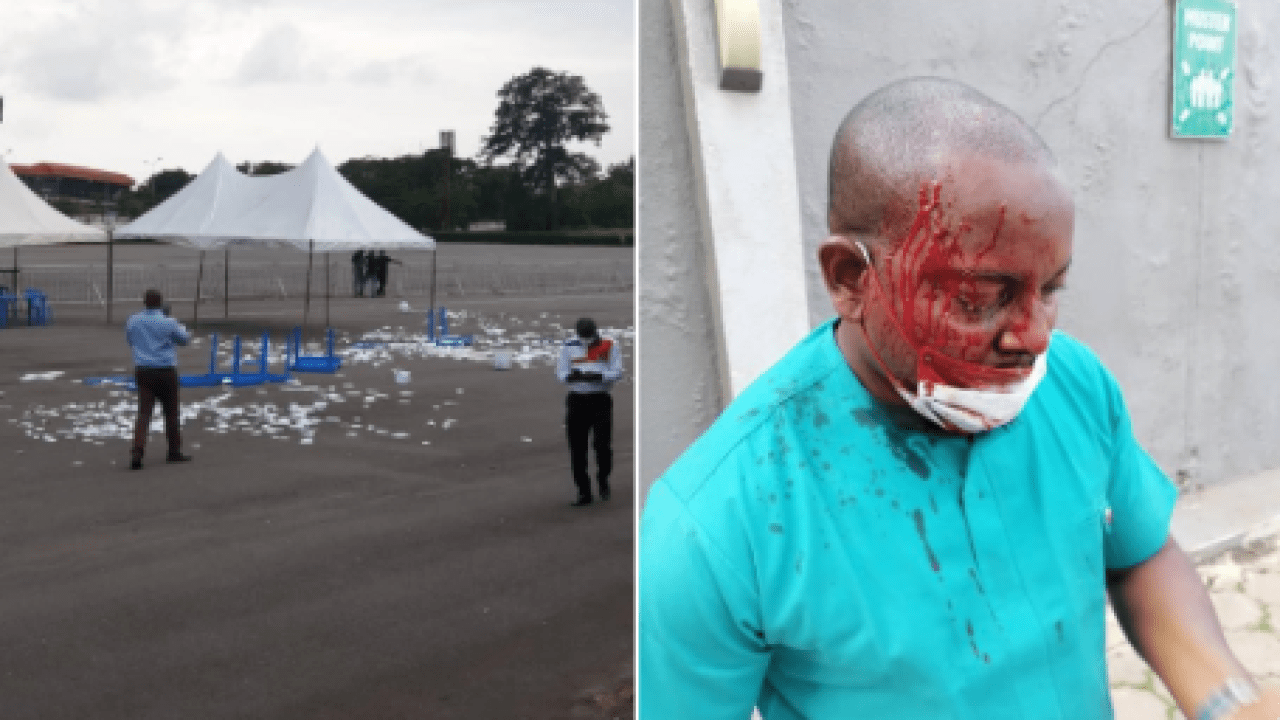 Abdul JimohAugust 10, 2020 12:20 pm 0
The President, Nigerian Medical Association (NMA), Prof. Innocent Ujah, has condemned the disruption of its Enugu chapter election.
Ujah in a statement issued to newsmen in Abuja, frowned on the conduct of members at the election in Enugu
He said that the president and the national officers’ committee of the association was aware of the electoral violence video in NMA Enugu chapter that had gone viral.
Ujah said that the video portrayed a bad image of the noble profession, adding that the national secretariat had received reports of the violence that rocked the election in Enugu State branch.
According to him, the association appreciates the passion of members for the association and the desire to be actively involved in the electoral processes across the country,
“It is instructive to note that as the foremost professional body in the country, we condemn in its entirety all forms of electoral violence.
“Electoral violence of any form does not represent what we stand for as Nigerian medical doctors and is clearly at variance with our ideals and ethos,” he said.
Ujah stated that NMA believed in the sanctity of the ballot and members must be allowed to exercise their franchise through a free, fair and credible process devoid of any form of rancour or violence.
He said that members of the noble profession must continue to exhibit a high level of decorum in all our affairs, including before, during and after elections.
The NMA president assured its members that the national body would not fold its arms and allow a few persons to bring the association  to disrepute.
Ujah said that the association would deliberate on the case at its National Executive Council (NEC) meeting scheduled for Aug. 27 and Aug. 30.
He said that the case would be thoroughly investigated and all those found culpable would be brought to book to serve as a deterrent to others.
“We want to reiterate our belief in the sacred democratic values of fairness and exploring the constitutional provisions  available for conflict resolution.
He urged all the state branches of NMA yet to conduct their elections to ensure that these values and inalienable rights of members are not eroded. (NAN)