Security: NAF to establish base, deploy air assets in Gombe 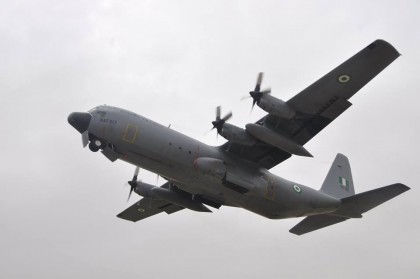 The Nigerian Air Force (NAF) is set to establish a Forward Operation Base in Gombe State to enhance internal security.

The Chief of Air Staff (CAS), Air Marshal Sadique Abubakar, revealed this on Tuesday when Gov. Inuwa Yahaya of Gombe State visited him in Abuja.

The air chief said that the NAF would also deploy its air assets to Gombe as early as October.

He assured the governor that the NAF would continue to secure the North East and the entire Country.

“Today we have NAF presence in the North East, Special Operations Command (SOC) in Bauchi, we have established a Quick Response Unit in Taraba to add to what we are already doing,” he said.

He reiterated the commitment of the Service to protect the territorial integrity of the Country.

“I want to assure you that we will continue to work to ensure that the territorial integrity of Nigeria is not undermined by any group in Nigeria,” he said.

Abubakar said that the NAF would move as quickly as possible to work in Gombe before the arrival of the platforms “we are expecting before October.”

The CAS thanked the governor for the donation of the hectares of land to NAF for the establishment of the base.

Earlier, the governor commended Abubakar for his professionalism and the role of the NAF in fighting insurgency.

He said that the core responsibility of Government was peace and security, noting that security brings about development.

“Without security, nothing would work, our desire is to advance our people. We are partnering with the NAF to bring security and development to Gombe State,” he said.

He said the State has provided a parcel of land for the NAF to establish a Base to protect lives and property.(NAN)