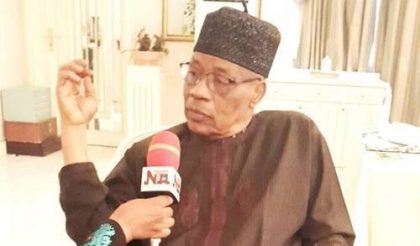 (NAN) Gov. Abubakar Bello of Niger and Chairman North Central Governors’ Forum, has described Gen. Ibrahim Badamasi Babangida (rtd.), popularly called IBB, as a true patriot and nationalist who gave his all to ensure the unity and survival of Nigeria.

This is as the Elder Statesman marks his 79th Birthday Anniversary on Monday.

In a statement by his Chief Press Secretary, Mrs Mary Berje, the governor said IBB’s doggedness and resolve in nation-building were crucial to the stability, national and international unity as well as development of the country.

“I congratulate you on this special day of commemorating your birth. On a day like this, memories of your courage, invaluable service to the Nigerian Army in protecting the sovereignty of the country and your exemplary leadership which have indeed helped as well as stimulated the younger generations come to mind.

“My fervent prayer for you is to continue to get good health and may Almighty Allah also strengthen you and grant you more blessed years to continue to reap the reward of your hard work”. He said.

According to him, the elder statesman’s policies and programmes during his regime as the Military President in the country between 1985 and 1993 still stand the test of time.

Bello added that the celebrant has continued to symbolise statesmanship, patriotism, professionalism, vision and courage even after active service to the Nation.

He said even as the Former Military President is advancing in age, he remains an asset to the country, where his wise counsel and advice are needed for the growth and development of the State in particular and the Nation at large. (NAN)