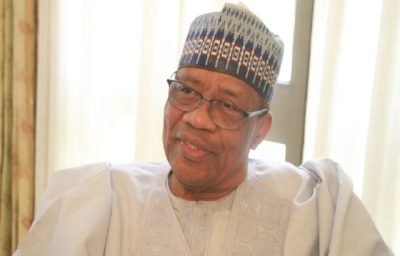 Chief Whip of the Senate, Orji Kalu, has felicitated with former Military President, Gen. Ibrahim Babangida, on his 79th birthday.
Kalu, in a goodwill message issued on Monday and made available to the News Agency of Nigeria (NAN), extolled the virtues of Babangida, describing him as a courageous and patriotic statesman.
While acknowledging Babangida’s noble contributions to nation building, Kalu prayed to God to strengthen the former president in the service of humanity.
The former governor of Abia noted that Babangida remains passionate about the unity and growth of the country.
He described him as a charismatic leader, stressing that Babangida’s leadership approach was inclusive and participatory.
Kalu urged Babangida to sustain his patriotic efforts in nation building and wished him many more fulfilling years in good health. (NAN)