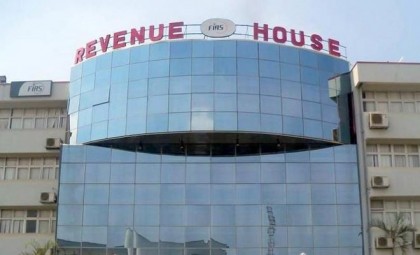 Debates on revenue collections from Stamp Duties between Federal Inland Revenue Service (FIRS) and Nigerian Postal Service ( NIPOST) was brought to a close as FIRS submitted that it was backed by law to collect stamp duties.

Responsibility of stamp duties collection between FIRS and NIPOST was raised at an interactive session on the 2021- 2023 Medium Term Expenditure Framework ( MTEF) and Fiscal Strategy Paper ( FSP) organised by Joint Senate Committees on Finance and National Planing in Abuja on Thursday.

Also raised by the committee was why only N500 billion was projected as expected revenues from the stamp duties collection in 2021 budget by the FIRS.

The Chairman of the Joint Committee, Sen. Solomon Adeola (APC Lagos West) had asked the FIRS Executive Chairman, Muhammad Nami, whose responsibility it was to collect the stamp duties.

Adeola had also raised concerns on why N500 billion was projected as revenue collection for 2021 budget as against N1.5 trillion .

Nami, while responding, said there were two types of stamp duties which were the electronically related one and the adhesive ones stated in section 5(2) of the Stamp Duty Act .

Postage stamp, he explained was different from stamp duties payments noting that relevant laws empowered the FIRS to collect.

He said, though gaps in the stamp Duties Act, urgently needed to be addressed, right of collection for the electronic related ones had been legally given to FIRS by the National Assembly through the Finance Bill passed last year and assented to, by President Muhammadu Buhari as an act of parliament.

” Besides, stamp duties are more of tax collections which the FIRS , is constitutionally empowered by relevant provisions to carry out,” he said .

However, members of the committee raised issues on the N500 billion revenue projected for 2021 budget of FIRS, when parameters on groundnshowed that the agency could collect more.

Sen. Gabriel Suswam (PDP Benue -East) said thatbthe N500 billion projected as revenue from stamp duties by FIRS in the 2021 budget was too meagre to the realisation of the projected N12.6 trillion 2021 budget .

“The deficit in the projected budget is N5.1 trillion, requiring aggressive revenue generation internally by agencies such as FIRS in making the budget implementable,” he said.(NAN).