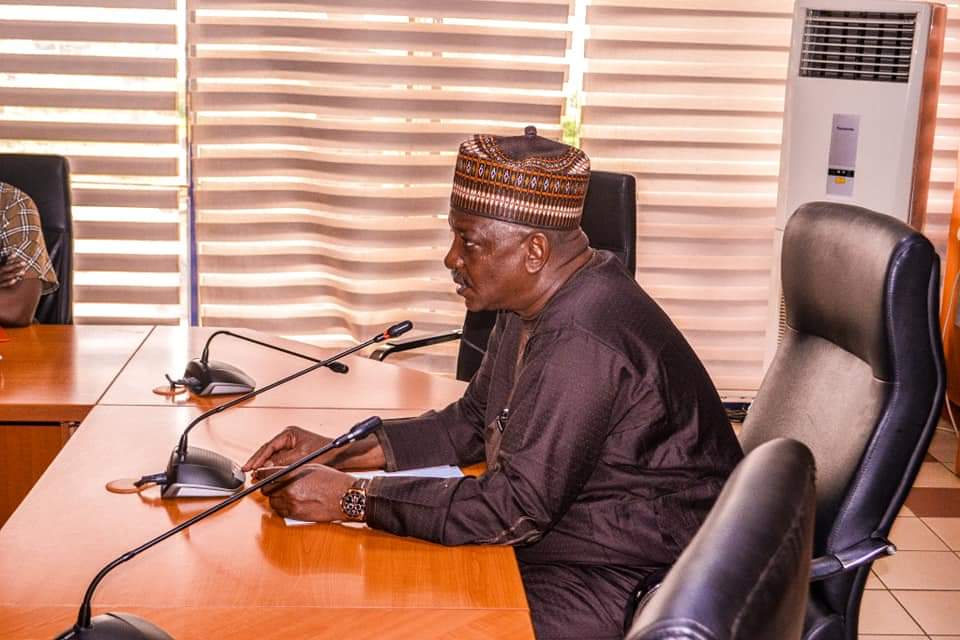 Scorecard of Ministry of Power as Minister, Engr. Sale Mamman Marks One Year in Office

The Minister of Power, Engr. Sale Mamman assumed office in August 2019 and shortly after making some trips to inspect some major power projects and understudying the power sector’s critical needs, he unveiled a blueprint for reforming the sector.
The blueprint targeted at five focal areas covering the sector challenges.

The power sector in Nigeria is a market in transition, and like most privatization efforts observed from international experience, there are teething challenges. Hence, the basic thrust of the blueprint is the need to institute and enhance coordination in the power sector. This will be among government-owned agencies, private agencies, and utility firms.
One year down the line, the minister is celebrating his inaugural anniversary with a milestone in the nation’s power sector.

As we mark the cabinet’s one year in office, the minister of power is sitting on record accomplishments of successfully taking the national grid to 5,420.30MW the highest ever as of today.

With this feat, Mamman’s focal areas for a new power sector Among the five focal areas which is Infrastructural Alignment is already yielding promising results.
We, therefore, present below the first-year achievements of the Hon the Minister according to his blueprint and presidential mandate assessment areas.

FUNDING OF CAPITAL PROJECTS UNDER THE POWER SECTOR

Infrastructure development is critical for the development of the Power Sector. The sector needs a reliable infrastructure to connect supply chains and efficiently move electricity from generation to households. Due to lack of infrastructure, the sector is unable to effectively utilize its generation capacity of over 12,000MW and incurred over 254 Billion Naira as the cost of un-utilized capacity. However, power infrastructure is capital intensive in nature, Federal Government allocation alone is inadequate to cater to the huge funding requirements. It on this basis that this administration developed an innovative approach of sourcing funding needed to execute critical infrastructural development needed for the sector.

I am glad to state that, to date, a total sum of $6.150 Billion have been secured for infrastructural development. The total sum has been earmarked for the following critical projects;
$2.3 billion Siemens
$1.6 billion Transmission Rehabilitation and Expansion Programme
$1.7 billion DISP
$550 million NEP (WB/AFDB)

With the securing of the $6.150 Billion Dollars in funding, The Federal Ministry of power under the present administration has commenced the implementation of critical infrastructure that will enable the country to achieve generation, transmission, and distribution of 25,000 MW of electricity by 2025.

We embarked on the biggest infrastructural development along the entire electricity value chain in the history of the Nigerian power sector. This development referred as Presidential Power Initiative aims to systematically up-rate end to end capacity of the bulk power system, from generation to last-mile delivery, thus reducing system constraints, enabling wheeling capacity of power to be sufficient to drive industrial growth in the country as originally envisaged by the Economic Recovery and Growth Plan (2017).

The proposed Phase 1 projects which we are about to commence, focus on quick wins for both TCN and the Discos, with the objective of increasing power delivery to consumers by an additional 2GW, making a total of 7GW.

The second phase will target the remaining last-mile bottlenecks to enable full use of the existing generation and “the last mile” distribution capacities, bringing the systems operational capacity to 11 GW.

Phase 3 would involve developing the system up to 25 GW capacity in the long term, with appropriate upgrades and expansion in both generation, transmission, and distribution.
To date, we have secured approval for the sum of ₦1.7 Billion Naira and €15,2 Million Euro for the Pre-Engineering work. A Special Purpose Vehicle (SPV) called FGN Powerco is in the process of being set-up following Mr. President’s approval. The SPV will warehouse the project’s contingent liability for accountability. We have also constituted the Nigerian Project Management Office (PMO) with the sole responsibility of providing project management of the project on behalf of the Nigerian Government.

Additionally, in a complementary way, we are also implementing the Transmission Enhancement Programme. The Federal Ministry of Power working with key development partners; World Bank, AfDB, JICA have raised $1.6 Billion for Transmission Rehabilitation and Expansion Programme (TREP), which is ongoing now with major projects as follows:
Alaoji-Onitsha, Delta Power Station-Benin and Kaduna-Kano $410 Million
$29 Million is intended to build a 330kV DC 62KM line between Birnin Kebbi and Kamba.

We have secured $550 million NEP (WB/AFDB) for off-grid electrification. Using these funds, we are implementing our two Nobel programs Energizing Education where we provide an off-grid hybrid solar system to our various educational institutions. To date, we have completed 5 institutions and working on additional 5 higher institutions. We planned to cover 37 Universities and 7 Teaching Hospitals.

Our Mini-Grid regulation has supported off-grid solar growth and is a key reference for many countries in Africa. As of 2019, we had 4 million off-grid connections. We aim to add another 5 million in the next 18 to 24 months under the recently approved Economic Sustainability Programme.

The Ministry is working on completing various generation projects that will enhance the current generation capacity. We plan to achieve 25GW by 2025 based on the Siemens plant. Currently, the following projects are being undertaken:
As regards to our effort to complete legacy projects, we are currently completing Zungeru Hydroelectric Power Plant at the total contract sum of 1.2 Billion dollars with a completion period of 48 months and a 12-month defect liability period. The project is designed with a capacity of 700MW. Currently, the project is at a 73% level of completion.

Additionally, we are working on the Mambilla project which has the potential of stimulating economic development and enhancement of living standards of millions of Nigerians. Through the project, the country can achieve a 30% increase in its current generation capacity and serves as the biggest source of base-load power that will improve grid stability. Economically, the project will enable job creation, drive entrepreneurial development, and unleash resource utilization.

The project contract was awarded in 2017 at the contract sum of USD5.7 billion to the consortium of Chinese Companies based on the agreement that the Chinese contractors will facilitate for Nigeria to secure concessionary financing of 85% (USD4.85 billion) of the project cost from Export-Import Bank of China (China EximBank), while Federal Government of Nigeria (FGN) will provide the remaining 15% (USD850 million) consisting of $200 million loans from the Nigeria Sovereign Investment Authority (NSIA) and $650 million from direct FGN funding.

The Mambilla Hydropower Project has a proposed installed capacity of 3,050MW. The main construction works include the following:
Four large Dams among which are the Nya Dam, Sumsum Dam, Nghu Dam, and the API Weir;

About 120km Access road network connecting the project site with nearby communities.

To date we have achieved the following in the development of the Mambilla project:

Reviewed the scope of work/project capacity to ensure the technical feasibility, economic viability, and financial profitability of the project.

Executed a landmark Memorandum of Understanding (MOU) with the Taraba State Government to enhance coordination on a number of initiatives and establish good working relationships critical to project delivery.

Land and Aerial Survey of the Project site following a renegotiated contract with the surveyors which resulted in savings by the Federal Government of Nigeria (FGN) of the sum of Three Hundred and Fifty Million Naira (N350 Million) from an earlier survey contract signed through the Taraba State Government.s

Another generation project we are working on is the Kashimbilla project located in Takum Local Government Area of Taraba State, Nigeria. The project was proposed principally to check the threat of flood and volcanic activity. It would mitigate the environmental disaster that would occur in several states of Taraba, Benue, Cross River, Kogi, and Delta and affecting more than 6 million people. The hydropower component of the project was designed and upgraded from the initial 6MW to 40MW capacity. Other benefits of the project include Ecological Flood Control; Water Supply to 400,000 people; Irrigation; Fisheries; Airstrip; Tourism; Poverty Alleviation and job creation etc. The hydroelectric component of the project is 100% completed. We are currently working on the development and expansion of transmission lines to evacuate the power from the project site to areas of distribution.