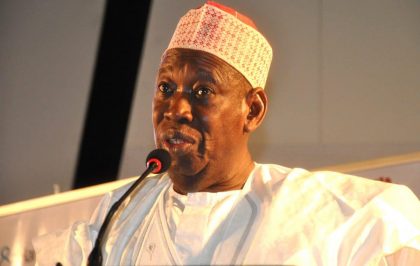 Kano, Aug. 26, 2020 (NAN) Kano State Government says it has concluded arrangements to train 300 youth on modern bee keeping under the Kano Afforestation Programme (KNAP).
Alhaji Aminu Kabiru, the KNAP Project Coordinator,  made this known in an interview with the News Agency of Nigeria (NAN) on Wednesday in Kano.
NAN reports that nutrition experts have over time recommended the use of honey (sweet liquid produced by bees) instead of sugar and sweetener for a healthy living.
Honey has been prescribed by modern and herbal medicine practitioners for cure of diseases such as burnts, cough and vision impairment among others.
Kabiru said the youth would be tarained on bee keeping to enable them engaged in productive activities and become self reliant.
He added that 100 women would also be train on alternative sources of energy, to reduce dependence on fuel food and conserve forest resources.
“The bee keeping programme will alleviate poverty and encourage youth to become self reliant.
“While the training on alternative sources of energy will reduce indiscriminate felling of trees for fuel wood in the state,” he said, adding that the state government would also distribute improved stoves to each of the participants at end of the training exercise.
According to him, the KNAP programme will plant about 400, 000 trees on major roads in Kano metropolis.
Kabiru explained that the state government had established four tree nurseries in Bichi, Gaya, Karaye and Danbatta Local Government Areas of the state.
He said that the state would also embarked on a tree planting enrichment exercise with support of the Newmaap Project, to encourgage planting of tree species on the verge of extinction.
The Manager added that the programme also focused at addressing farmer/pastoral clashes through tree planting and development of wood lots in the state.
“The state government also distributed fruit bearing and economic tree seedlings for planting to small holders farmers.”
The manager further urged residents of the state to plant trees and keep a environment clean. (NAN)