The Federal Government has expressed delight over the mid-year programme review of a Memorandum of Understanding on Health Systems Strengthening, Routine immunisation and Primary Health Care. 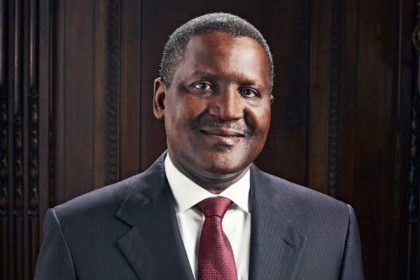 The MoU was entered into by Kaduna, Bauchi Yobe, Borno, Kano, and Sokoto states with Aliko Dangote Foundation and the Bill and Melina Gates Foundation.

The Minister of Health, Dr Osagie Ehanire, said this in Abuja at the 65th joint national briefing of the Presidential Task Force (PTF) on COVID-19.

Ehanire said that the achievements of the states in implementing the terms to strengthen routine immunization at sub-national levels were impressive.

“I was particularly delighted with the level of participation of traditional rulers in all the states.

“I commend the governors of these states for their increased investment in Primary Health Care, as well as Alhaji Aliko Dangote and Mr Bill Gates, for their sustained interest and contributions to support the states,” he said.

He added that 79 confirmed cases of COVID-19 infection were reported in the last 24 hours from 13 states of the Federation, bringing the total number of known cases as at Monday to 56,256 out of 442,075 tests conducted.

The minister added that 44,152 persons had been treated and discharged while 1,082 had been lost to COVID-19.

He explained that though Nigeria continued  to record declining positive rates every day, the government was still reluctant to conclude that the nation was halting the spread of the disease.

Ehanire said this is because some states had not sustained the testing rate that would give more assurance.

“Only 13 states, for example, reported their figures in the last 24 hours. This can be better.

“Until all parts of the country can sustain a certain testing rate, it would seem presumptuous to conclude that we are flattening the curve.

“In the words of Tedros Ghebreyesus, the Director-General of the World Health Organisation (WHO), ‘we are not safe until everyone is safe’.

“I therefore, again request our state governments to increase the testing momentum, so that we can together get control of the spread of this disease in our country,” he said.

He also commended the National Association of Resident Doctors for calling off the strike, and expressed hope that the Joint Health Sector Union would shelve theirs too.

“The position of the Ministry of Health is that strikes by health care  workers jeopardize the lives of citizens, especially at such times of global health emergencies as now.

“Nigeria needs the services of all her health workers to control COVID-19 spread. Issues around allowances are multisectoral and have always been solved with negotiations, no matter how long it took.

“I acknowledge the commitment of health workers, who continue to man the frontlines in the fight against this disease and use this opportunity to appeal to JOHESU to suspend their industrial action, not to erode gains we have since made in health care delivery,” he said.

The minister said that the ministry was doing all within its powers to expedite processes that address their bone of contention. (NAN)