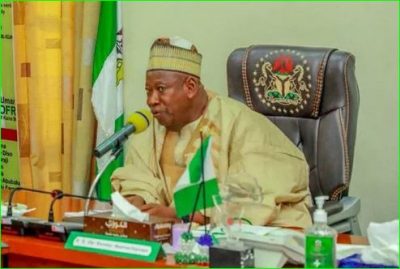 Gov. Abdullahi Ganduje of Kano State has commiserated with the people and government of Kaduna State over the death of Emir of Zazzau, Alhaji Shehu Idris, who died on Sunday at 84.

In a statement by his Chief Press Secretary, Abba Anwar, the Kano State governor described the death as a national tragedy and monumental blow to the nation’s traditional institution system.

He said “we lost a national hero, Alhaji Shehu Idris was an embodiment of humility, discipline, respect, statesmanship and exemplary leadership.

“His death leaves an indelible mark in the history of the Nigerian nation state.

“It is with sad note and deep sense of agony that we received the demise of this rare gem and a traditional leader of high repute with respectful global touch.”

Ganduje prayed for the reposed soul of the emir on behalf of the government and people of Kano State, to the families of the late emir, the Kaduna State government and the Zazzau Emirate.

“We pray for Allah’s blessing and forgiveness for the reposed soul of the great emir. May Allah forgive his shortcomings and reward his good deeds abundantly.” (NAN )