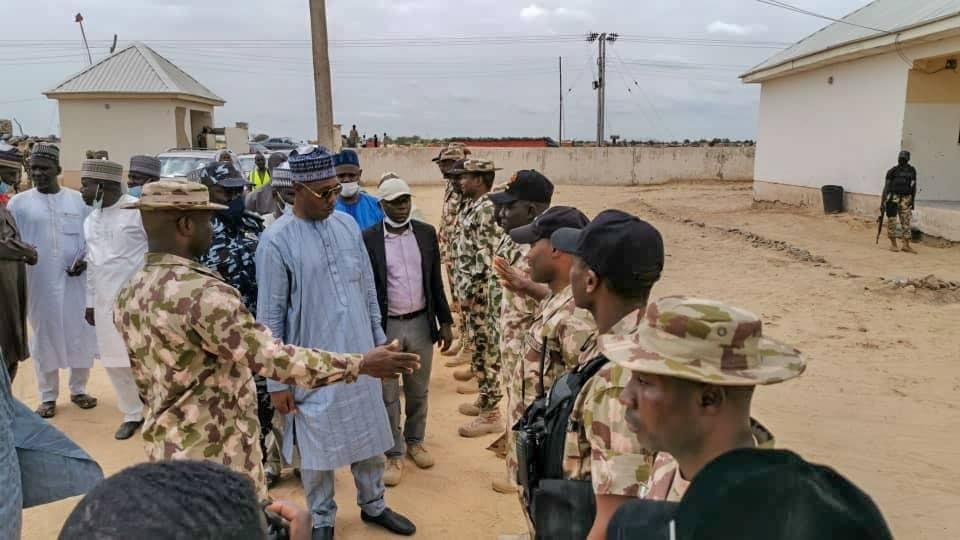 The Nigerian Army says it is fully in support of the ongoing efforts of Borno State government to relocate and resettle the internally displaced persons (IDPs) in the state back to their ancestral homes.

The Acting Director, Army Public Relations, Col. Sagir Musa, disclosed this in a statement on Monday in Abuja.

Musa described the effort of Gov. Babagana Zulum aimed at resettling the IDPs as commendable and right step in the desired direction.

He said that the Nigerian army being a patriotic and key agency in the war against terrorism in the North East would ensure the actualisation of the governor’s desire.

According to him, the Army hereby declares its unflinching commitment to the relocation of the IDPs to their original abodes.

Musa also disclosed that the Theatre Command had been directed to do all it takes to ensure the successful and seamless relocation of the affected people in the state.

According to him, the relocation of these law abiding Nigerians to their towns, villages and homes at this stage of the war against insurgency is highly strategic and a decisive political decision.

He said that it was required to actualize both the political and military objectives of the war towards the ultimate end of restoring peace and stability to Borno and NE region.

“The NA commiserates with the Borno State Governor, families of all the fallen heroes (military, police and civilian victims) as a result of the dastardly act of ambush by BHT group along Monguno – Kross Kauwa Road.

“The NA wishes to once again commend His Excellency Governor Zulum and Borno State Government for this important step and to reassure the nation of its determination and commitment to the successful prosecution of the war on terror in Nigeria.

“The NA urges other stakeholders in this endeavour to join hands and redouble their efforts towards restoring peace to our dear fatherland Nigeria,” he said.