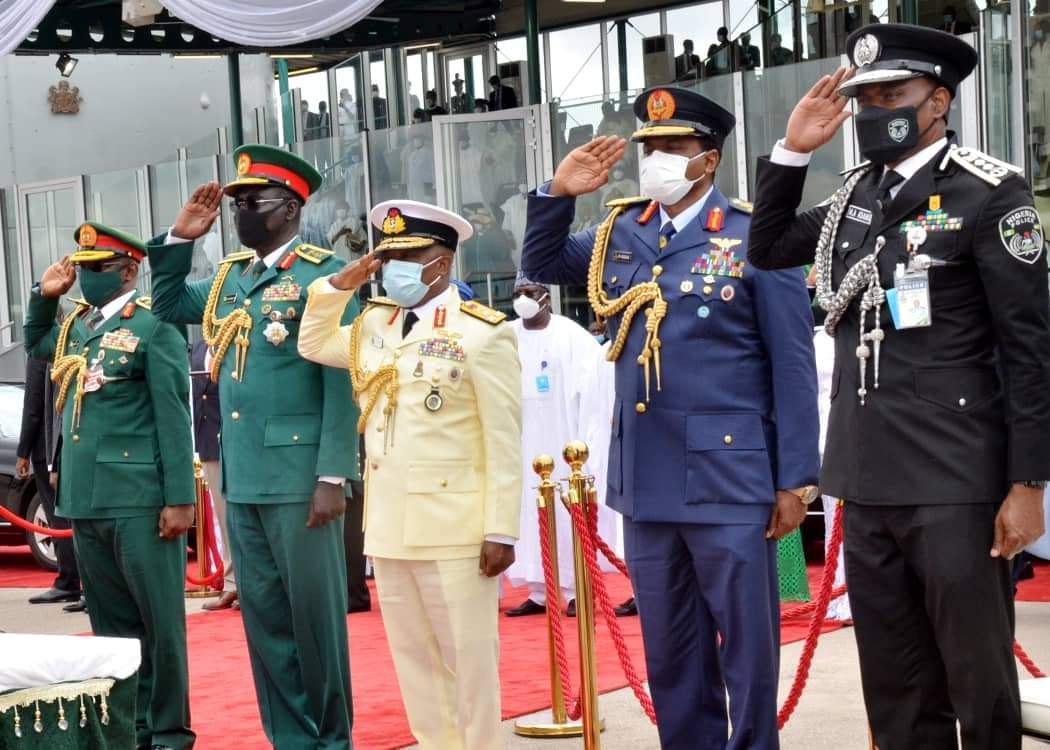 Other activities featured during the anniversary parade were March past by paramilitary organizations, Nigerian Legion, Nigerian Labour Congress and members of the National Youth Service Corps. Also featured were combined Service colour patrol, silent drill, Mass Band and cultural performance as well as aerial display by military aircraft. The traditional three hearty cheers and the national salute (firing of 21 Artillery volleys) were witnessed at the occasion.

It is pertinent to note that this year’s Independence Anniversary with the theme “Together” will be celebrated for a whole year which is expected to end in September 2021.