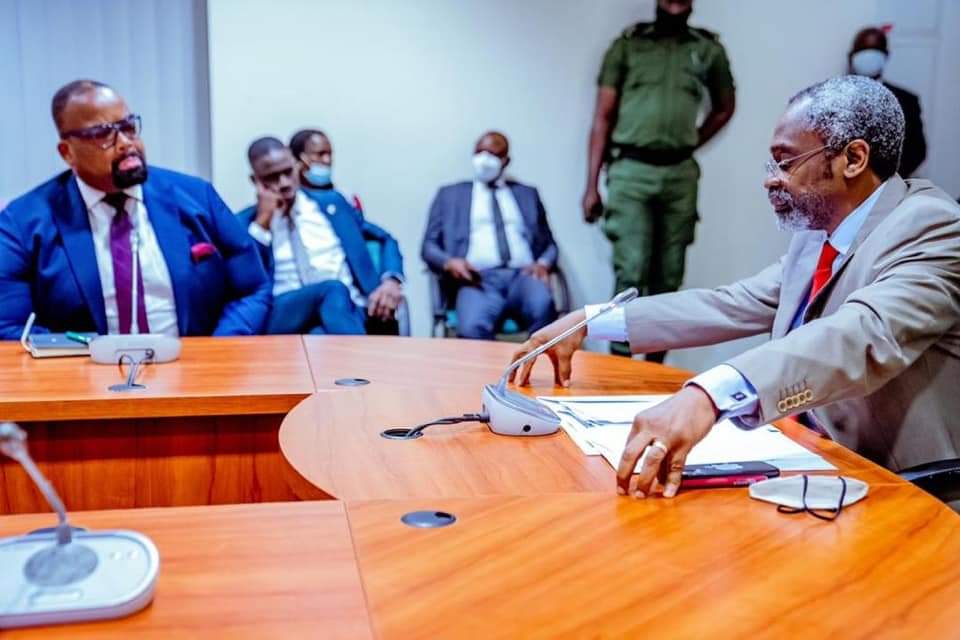 The House of Representatives will collaborate with the national leadership of the Nigeria Bar Association (NBA) and the National Human Rights Commission (NHRC) on the proposed law it is working on to address police brutality and other issues, Speaker Femi Gbajabiamila has said.

Also, the NBA President, Olumide Akpatta, has given the assurance of his association to ensure a good collaboration with the House with a view to coming up with good legislation to address the matter.

The House had last week passed some far-reaching resolutions to address the issue of police brutality against Nigerians, one of which is to amend the constitution and come up with other legislation to curb the excesses of the police.

Speaking during a courtesy call by the NBA leadership in his office on Wednesday, Gbajabiamila said the provision of Section 215 (5) almost gives the police absolute immunity against their excesses, hence the need to amend that section.

Gbajabiamila, who said the House could not do it alone, sought for the support of the NBA to achieve its set goal on addressing police brutality.

“I want to use this opportunity to congratulate Nigerians out there, who have been part of this struggle, and I want to appeal at the same time that we should apply the brake, perhaps, a little and see what will be done.

“Our resolutions included that we discovered section 215 (5) almost gives absolute immunity to the police over what they do. So, for a start, we feel we should begin with amending the constitution and delete that offensive section.

“I believe it was well-intended but now it’s obnoxious. From that, we can raise any other reforms to look at the complaints from the public, from the NBA, the civil societies etc.

“The resolutions also talked about police reform. We already passed the Police Reform Act, but we need to do more. We need to look at the conditions of service, etc.

“Suffice it to say that this House is determined to bring this to fruition. We gave ourselves 30 days to come up with a piece of legislation. We’re working assiduously to achieve the timeline we set for ourselves,” Gbajabiamila said.

The Speaker announced that the House would raise an Adhoc panel that would interface with the NBA on the issue of police brutality and others.

The NBA President, Akpatta, had earlier told the Speaker that the visit was to discuss the issue of police brutality and see how the contentious issues could be addressed.

He expressed delight that the House was already doing a lot on the matter, saying Nigerians were eager to see how the matter would be resolved.

“We at the NBA are resolute to collaborate with you on the issues,” he said.

Akpatta raised the issue of some Nigerians being detained at different police stations unnecessarily, calling on the Speaker to intervene.

In his response, Gbajabiamila asked the NBA president to identify all the police stations where people were detained for the House to raise a delegation that would meet with the NBA and get them released.

“I think you should identify the stations where people are being held. I will be more than happy to set up a crack team of members to go with you and pursue vigorously those issues. This should be part of the collaboration. We’ll expect your response on this,” Gbajabiamila said.

Meanwhile, the Speaker also hosted the leadership of the National Human Rights Commission (NHRC) led by the Executive Secretary, Tony Ojukwu, where he raised the same issues relating to police brutality and what the House is doing about it. The Speaker also sought a partnership with the commission as part to efforts to find lasting solutions to human right abuses.

On his part, Ojukwu informed the Speaker that it was important to come up with an investigative panel that would consider the cases of human rights violations by the police and listen to victims of police brutality.