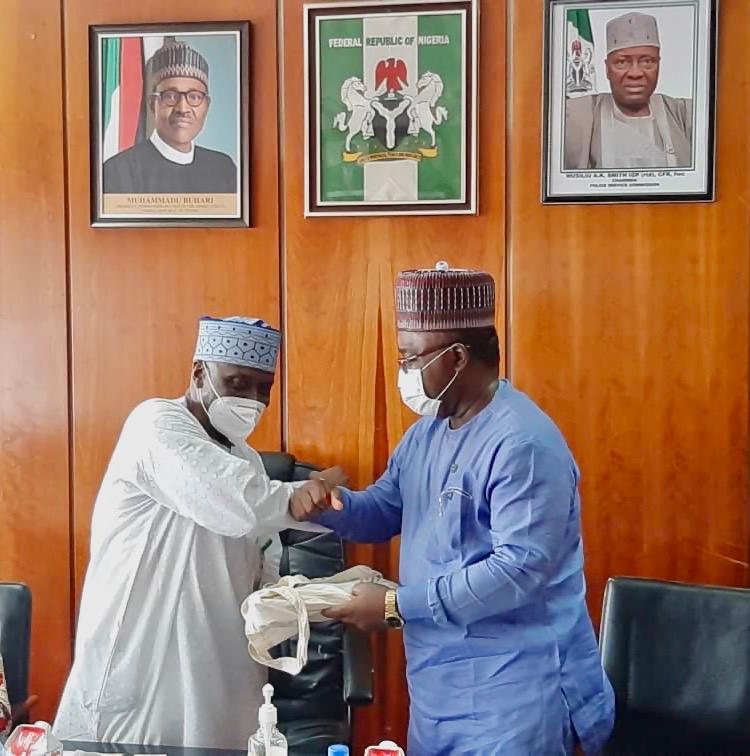 The National Human Rights Commission (NHRC) has submitted the report of the Presidential Investigation Panel on Special Anti-Robbery Squad (SARS) of the Nigerian Police to the Chairman Police Service Commission, Mr. Musliu Smith for immediate implementation.

The Executive Secretary of NHRC, Tony Ojukwu Esq. while submitting the report, expressed confidence in the ability of the PSC to ensure an effective implementation of the report, saying the PSC is a key partner that will play a leading role in Police reforms in Nigeria.

Ojukwu said that now that the report is submitted to the PSC, the hope of Nigerians will be raised towards having a more professional and patriotic Police force that will truly exemplify the maxim, “Police is your friend”, which some Nigerians have described as a mirage.

He said although there are several challenges that hinder government agencies from delivering on their statutory mandates, “we need to be innovative and sometimes add some measure of creativity to do our work despite our challenges”, he stated.

The NHRC Chief Executive Officer said that he has come to submit Volume 11 of the main report which contains the recommendations targeted at bringing the needed reforms in the Police force, adding that the verbatim report will follow later.

Responding, Mr. Smith described the occasion as memorable and commended the NHRC for the good work it has done in the interest of the public. He said there is need to put all modalities in place to start the implementation of the recommendations saying, “with what has happened in the last one week, the report has come handy”.

The PSC Chairman who was also a former Inspector General of Police (IGP) intimated the gathering that the NHRC’s report has given him an idea of the type of reforms needed to be injected into the Police force to make the officers and men stand out as professionals.

Speaking further, he stressed that the selection process is very important and that going forward, only well trained professionally minded Police personnel will be allowed to serve in specialised units of the force, considering the nature of the jobs that are cut out for them.

He pledged the readiness of the PSC to closely supervise the trained personnel so as to avoid a revival of the ugly experiences of the defunct SARS personnel pointing out that “we got to where we are now because people who ought to take care failed to do their work well”.

It would be recalled that in June 2019, the NHRC submitted its report of the Presidential Investigation Panel on allegations of human rights violations against SARS to President Mohammadu Buhari, GCFR, which contains far-reaching recommendations for a total reform of the Nigerian Police Force.