Niger State Governor Abubakar Sani Bello has expressed his sympathy to the victims and family members of those affected in a tanker explosion that occurred on the Lapai-Agaie-Bida Road in the early hours of today leading to loss of lives, many others injured and vehicles burnt.

The Governor who noted that it is a moment of grieve to the victims family members, people of Lapai Local Government and the entire people of the State, prayed for the quick recovery of those injured. 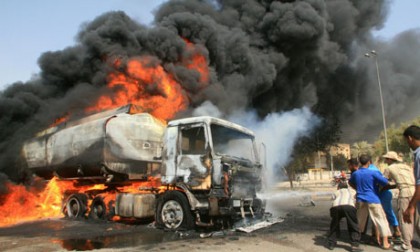 He also prayed Allah to grant those who loss their lives in the explosion Aljannah Firdausi and as well give their families the fortitude to bear the painful deaths.

He then enjoined road users especially truck drivers to take caution while driving and be mindful of the roads condition as well as be humane in their conducts on roads.

Meanwhile, the Niger State Government has despatched and directed officials of relevant agencies to immediately carry out necessary actions that will help cushion the effects and bring succour to the people.