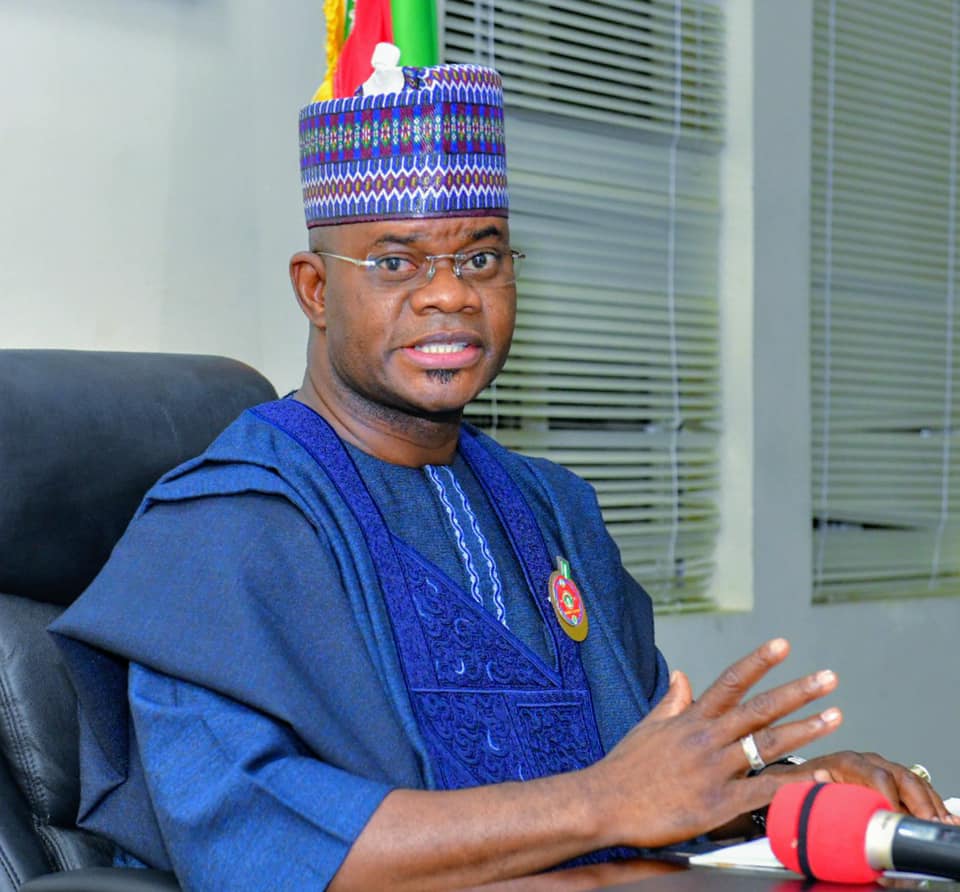 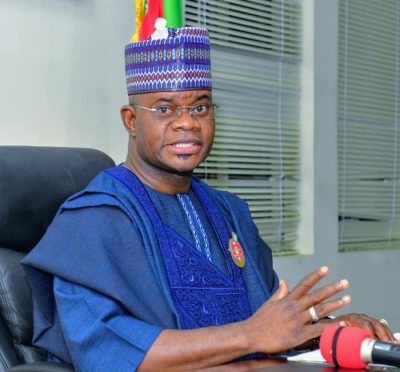 Kogi State Governor, Yahaya Bello has assured citizens that the ongoing developmental strides across the state will be sustained by his administration notwithstanding the much talked about second wave of COVID-19.

Bello, who stated this on Friday in his New Year broadcast to people of the state, maintained that his administration has never and will never allow COVID-19 to be the “sole definer” of affairs in the state.

“As before, we remain determined as a Government not to respond to the highly controversial second wave with mass hysteria. While reiterating that our primary objective is keeping Kogi State coronavirus-free as it is at today, we will continue to respond to developments with reason informed by knowledge.

“Of course, it would be irresponsible as a government to allow COVID-19 be the sole definer of our 2020. In fact, in many aspects, it proved to be an opportunity for us in many sectors.

“In the education sector, despite the challenge of Federal Government mandated shutdown of academic institutions, we worked hard to make sure that students of our tertiary institutions make as much progress as they can within the windows available. We are looking forward to graduating a set of students early this year.

This is why we are currently studying new restrictions from Abuja over the purported Second Wave and considering all our options. This also relates to the formal opening of the Confluence University of Science and Technology (CUSTECH) which we founded last month to beef our capacity to produce and scale both manpower and investments in STEM (Sciences, Technology, Engineering and Mathematics) disciplines, especially Infotech and Artificial Intelligence”, he said.

In the area of health, the governor said his administration has been able to maintain normal services in all hospitals while advanced steps have been taken to reopen the Federal Medical Centre, Lokoja which was closed following community unrest. “We are currently in advanced construction of a 600-bed Reference Hospital at Okene, and two General Hospitals – one at Ajaokuta and the other at Gegu-Beki.

“In infrastructure and utilities, we have continued to ensure that Lokoja enjoys uninterrupted water supply from the public mains while working to expand our rapidly increasing network of intra-state, township and rural road by hundreds of kilometres. This is exclusive of the roads done in our first term”, he said.

According to him, with the return of expatriates who left sites due to the COVID-19 guidelines, roads such as the Idah-Ajaka-Umomi-Ejule to Ayingba roads are now fully reactivated.

He said works on the Okene township roads are also ongoing.

“Feasibility and design work for Kabba township roads have been completed; the contractor has mobilised and work will start this January.The 18km Achara road in Koton Karfe was constructed to strengthen the security architecture of the state. It joins other reconstructed rural and farm center roads in food basket localities like Mopa Amuro and environs to enhance access to and evacuation of farm produce.

“Project Light Up Kogi East (PLUKE) continues to march forward with armoured cabling across the Itobe Bridge upgraded from 90mm2 with a capacity of 14 megawatts to 300mm2 with a capacity of 45 megawatts with massive installation or rehabilitation of distribution lines across the 9 Local Government Areas in Kogi East. We have also extended the distribution lines with additional 24 units of 300KVA Transformers.

“We are reactivating moribund street lighting in several places within the Lokoja metropolis and other towns to improve night economy and overall residency experience. We are renovating Ganaja road again while expecting the Federal Government to fully assume its responsibility”, he said.

According to him, contract for the Ganaja flyover will commence in the first quarter of 2021, adding that marking of structures to be affected for compensation is already completed. He said the original designs are being expanded to include a comprehensive overhaul of Lokoja Township roads.

In the area of tourism, he said the Kogi Hotels have been earmarked for completion and operations while site work is ongoing for construction of more residences under the social housing scheme in partnership with the Federal Government.

“We have made serious progress in deepening our Public Service and Pension Reforms after the Staff Screening and Verification Exercise of our first term. Salaries of state workers are paid in full and on time. Local Government staff salaries are also paid on time subject to the financial options available to each LGA.

He said the state did well in the area of financial transparency and accountability, adding that the state scored 100% in the 2019 Annual Performance Assessment (APA) of Nigerian states under the States’ Fiscal Transparency, Accountability and Sustainability (SFTAS).

In the area of security, he said his administration continues to be a shining light, adding “We have been held up as examples for other to emulate by sundry security agencies, including recently by the Nigerian Army Special Forces Battalion”.

“Last year, we took the battle to kidnappers, armed robbers and other violent criminals and made Kogi State unsafe in a big way for them. Scores were leading to the death and arrest of many of them in gun battles with the Police and other law enforcement.

“We took out a camp community of the Darrul-salam terrorist group which specialises in cross-border banditry and kidnap between Kogi and Nasarawa States. Over 180 terrorist-kidnappers were either killed or captured while hundreds of captives and family members of the terrorists were liberated or released to their state governments”, he said.

Bello, who described the outgone year 2020 as a challenging one, paid tributes to some important personalities in the state who lost their lives.

He particularly paid tributes to his late mother, Mama Hauwau’u Oziohu Bello who died in March 2020 at the age of 101 as well as the Attah Igala, Dr Michael Ameh Oboni II and former Chief Judge of Kogi State, Justice Nasir Ajanah.

Bello, while wishing people of the state a happy and prosperous New Year, solicited their support and cooperation to enable his administration deliver more dividends of democracy to them.