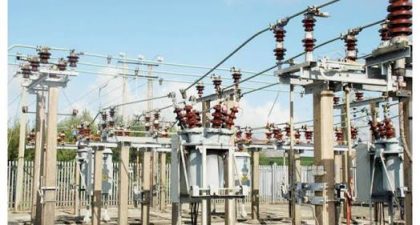 Electricity consumer groups on Wednesday kicked against the minor adjustment in electricity tariffs approved for the 11 electricity distribution companies by the Nigerian Electricity Regulatory Commission (NERC).

The groups, the Energy Consumer Rights and Responsibilities Initiative (ECRRI) and All Electricity Consumers Protection Forum (AECPF), decried the increment in separate interviews with the News Agency of Nigeria (NAN) in Lagos.

NERC had approved the minor adjustment in tariffs for electricity users effective Jan. 1.

”The Commission hereby state unequivocally that NO approval has been granted for a 50% tariff increase in the Tariff Order for electricity distribution companies which took effect on Jan. 1, 2021.

”On the contrary, the tariffs for customers on service bands D & E (customers being served less than an average of 12hrs of supply per day over a period of one month) remains frozen and subsidised in line with the policy direction of the Federal Government.

”In compliance with the provisions of the Electric Power Sector Reform Act (EPRSA) and the nation’s tariff methodology for biannual minor review, the rates for service bonds A, B, C, D and E have been adjusted by NGN2.00 to NGN4.00 per kWhr to reflect the partial impact of inflation and movement in foreign exchange rates,” NERC had said in a statement on Tuesday.

According to him, the minor adjustment which is coming after NERC increased tariffs on Sept. 1, 2020, violates the provisions of Sections 32, 63 and 72 of the Electric Power Sector Reform Act (EPSRA), 2005.

He said the Act provides that any minor tariff adjustment should be done after a period of six months, stressing that the review was, therefore, an illegality.

“The DisCos didn’t fulfil the condition precedent to the increase in the Sept. 1, 2020 tariff in the first place.

” Such condition precedent can be found in Section 76(2)(b) and (7) of EPSRA 2005 which includes wide consultation with stakeholders and noticeable efficiency.

“The other issues have to do with metering and directive on capping which repealed estimated billing methodology in order 197/2020 which is still subsisting.

“Our position is that we are examining the situation because it is a legal issue and we may need to go to court for interpretation if they go ahead with the adjustment,” Samuel-Ilori said.

Also, Mr Sural Fadairo, National President, ECRRI, said the minor adjustment was not necessary at this point in time.

” NERC has a duty to protect electricity consumers from exploitation but what we are seeing now is clearly the opposite, with adjustment in tariffs within a very short period.

“We are therefore calling on the National Assembly to urgently intervene and halt this minor review for now,” Fadairo said.