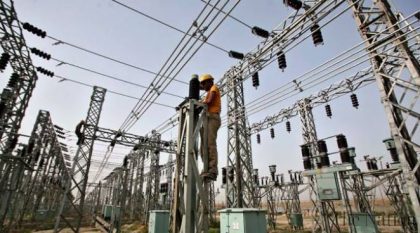 Some Resident’s in Anambra capital city, Awka, have criticised the recent electricity tariff payable by power consumers across the country in the first month of the year.

This is in spite of the denial by the Nigerian Electricity Regulatory Commission (NERC) management of any hike in tariff.

The News Agency of Nigeria (NAN) correspondent who sampled the views of residents on the increase on Wednesday reports that the consumers said that the increase would affect the living standard of the people in the negative.

Mr Marcel Ofor, a respondent, said that the increase at the beginning of the year when lots of spending had been made was insensitive to the hardship it would attract to the people.

Ofor said that the welfare of the people should be in the mind of policymakers at all times so as not to create chaotic situations in the lives of the citizens.

Mrs Betty Enekwechi, a teacher, alleged that approval for the hike in tariff was given by on NERC in 2020 but it should have been implemented later in the year.

“We just entered the year after the festive era, we are faced with house rent, school fees home maintenance and restocking. The timing is wrong,” she said

Enekwechi said that the government should consider an increase in salaries of the people so as to make life bearable for the citizens.

Mr Chiadi Anatune said that in September 2020 the commission raised electricity tariff but it was faced with stiff opposition by the organised labour as the unions threatened a nationwide strike.

Anatune said that government should reason with the people in decision making that would be harsh on the people’s standard of living.

“Everybody needs lights to at least enjoy a comfortable living, do businesses amongst other living activities, the government should encourage the poor to live,” he said

Mr Chibuikem Okeke commended the Federal Government in its efforts to supply constant electricity to the people and urged the public to see that it is for the common good.

NAN reports that the increase on electricity tariff varies and is based on different consumer classes, and the increase took effect from Jan. 1, 2021.

NERC had on Jan. 5, denied a 50 per cent tariff hike which had surfaced in its December 2020 minor review of the Multi-Year Tariff Order and Minimum Remittance Order.

NERC’s Head of Public Affairs, Mr Micheal Faloseyi, in a statement in Abuja on Tuesday spoke against the backdrop in some quarters that electricity tariff had been increased by 50 per cent.

He said: “The commission hereby states unequivocally that no approval has been granted for 50 per cent tariff increase in the tariff order for Electricity Distribution Companies (DISCOs) which took effect from January 1, 2021.

“On the contrary, the tariff for customers on Service Bands D and E (customers being served less than an average of 12 hours of supply per day for a period of one month) remains frozen and subsidised in line with the policy direction of the Federal Government.

“In compliance with the Electric Power Sector Reforms Acts (EPRSA) and the nation’s tariff methodology for biannual review, the rates for Service Bands A, B, C, D and E have been adjusted by N2.00 to N4.00 per kWhr to reflect the partial impact of inflation and movement in foreign exchange rates,” he said.

Faloseyi said that the commission remained committed to protecting electricity consumers from failure to deliver on committed service levels under the service-based tariff regime.

According to him, any customer that has been impacted by any rate increase beyond the above provision of the tariff order should report to the commission at [email protected]